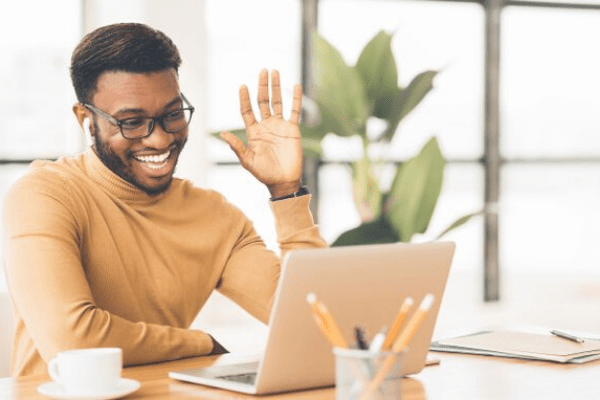 Internet penetration in sub-Saharan Africa has surged ten-fold since the early 2000s, compared to a three-fold increase across the world, but broadband access remains a barrier to working from home during the pandemic.

While the continent is yet to address many of the barriers to internet penetration, the proliferation of mobile technology has been particularly pronounced in the SSA region according to the IMF. The Regional Economic Outlook for sub-Saharan Africa report showed that most people access the internet via mobile rather than fixed-line broadband but IT infrastructure, internet usage, quality, and knowledge have improved.

As the pandemic continues to spread, the world of work has since shifted online. The biggest technology companies like Microsoft, Facebook, Twitter, Google to mention a few have moved most of their operations online and trained their teams to adapt. Apart from companies, governments across the world are also carrying out governance leveraging online platforms.

The SSA region which includes Nigeria and 47 other African countries, falls short when compared with the rest of the world in the deployment of internet infrastructure such as fibre optic cables which the IMF suggests must be present to have higher levels of digital connectivity. The report suggests the region is not acting at the pace expected compared to other regions. In a survey of policy responses to the pandemic, the IMF found that countries in the region that were able to switch to partial telework arrangements by mid-way 2020 had greater access to the internet (28 percent of the population) compared to non-telework countries (17 percent).

Since the pandemic broke out, countries in sub-Saharan Africa have also adopted digital tools beyond governance, in sectors such as healthcare and education.

“We find that a 1 percentage point increase in the share of the population using the internet leads, on average, to a 0.37 percentage point increase in the growth of real per capita income,” the IMF report noted. “This is slightly higher than other studies that are based on a broader sample of countries, possibly suggesting a higher marginal return from connectivity for countries in the region.”

Despite the 24 percent increase in internet access, mobile download speeds are on average more than 3 times slower than in the rest of the world. Affordability remains a lingering obstacle to adoption as the cost of accessing digital technologies remains high relative to incomes.

Part of the challenge is that mobile download speeds in the region are, on average, more than three times slower than in the rest of the world. Affordability remains a lingering obstacle to adoption as the cost of accessing digital technologies remains high relative to incomes.

The institution recommends that expanding internet access in sub-Saharan Africa by an extra 10 percent of the population would increase real per capita GDP growth by 1 to 4 percentage points. It also points to the benefits for businesses and workers. For instance, companies that use email for business record annual sales that are 2.6 times higher. In addition, digitally-connected firms on average employ eight times more workers and create higher-skilled full-time jobs.

But to achieve this, countries in the region must invest in infrastructure; both traditional digital-friendly infrastructure (including more reliable electricity) and digital-ready IT infrastructure, among other things.