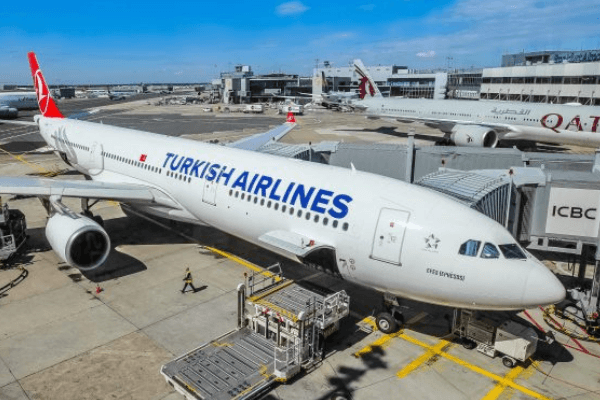 The incident, which happened late Wednesday made appropriate authorities ground the two aircraft at the airport.

Sources close to airport authorities said the incident occurred when Turkish Airlines aircraft was taxiing out while Middle East Airlines plane was coming to park on the apron.

Details were not given but passengers on Turkish Airlines flight were made to disembark.

However, the Nigerian Civil Aviation Authority (NCAA) had been notified and would issue a statement on the incident.