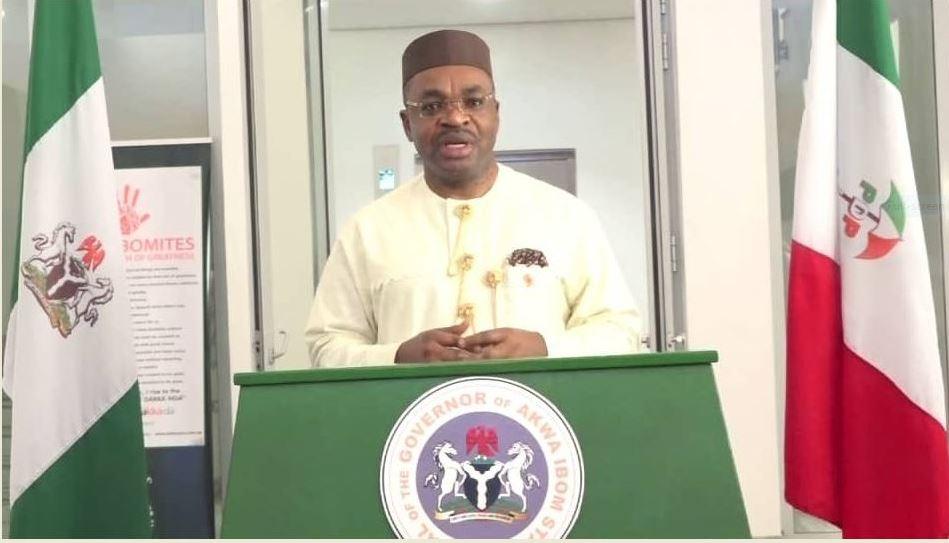 Akwa Ibom State government has lifted the ban on burials announced at the peak of the coronavirus pandemic during the first phase of the lockdown which began in March this year.

The lifting of the ban comes as part of measures to check the outbreak of epidemic from unburied corpses.

The state government also lifted the ban on weddings placed at the same time during the lockdown.

Governor Udom Emmanuel announced the lifting of the ban during an interaction on a radio programme, saying, however, that certain protocols would continue to be followed during such ceremonies.

“If you must bury your departed loved ones, please follow the guidelines that were given to us by the Christian Association of Nigeria (CAN) and medical experts.

“We are meeting and we are assessing our situation. We are not going to open our schools just because other people have opened theirs.

” If we notice that our people are not observing the safety guidelines we have provided, then we will not have any option than to close down the state again.

“We don’t want to get to a point that we are totally overwhelmed by the pandemic. We will not want a situation were we are unable to provide bed space or equipment for a symptomatic patient,” Emmanuel said.

He stated that the curfew in the state from 8pm to 6am would still be force, adding that the opening of interstate boundaries would not lead to the lifting of ban on the livestock market which he said would remain shut.

“Livestock markets remain closed so no one should expect that since we’ve opened interstate boundaries, livestock markets will open. Our curfew remains 8pm to 6am,” he said.

The governor also said the state government has yet “to receive one naira from the Federal Government as support in the fight against Covid-19 in Akwa Ibom”.

Meanwhile, the State Commissioner of Police, Imohimi Edgal has ordered the immediate arrest and prosecution of any pedestrian, passenger, driver, congregation, seller, buyer and other persons found in public without facemasks.

A statement issued by the Police Commissioner and signed by the Police Public Relations Officer, Frederick Nnudam enjoins residents to always wear facemasks in public places and follow other safety measures to contain the spread of COVID-1919 pandemic.

It said the State Command in its renewed determination to enforce the provisions of the reaffirms that wearing of facemask by all persons in public places will be vigorously enforced.

Quoting from paragraph 12 (1) of the Quarantine Restriction of Movement (Second Amendment) Regulations, 2020 which states that “the use of facemask by all persons in public places is hereby made mandatory,” he said paragraph 12(2) provides a fine of ten thousand naira (N10, 000.00) for a first time offender or community service for seven (7) days and a fine of twenty thousand naira (N20,000.00) for a second time and subsequent offender or community service for fourteen (14) days.