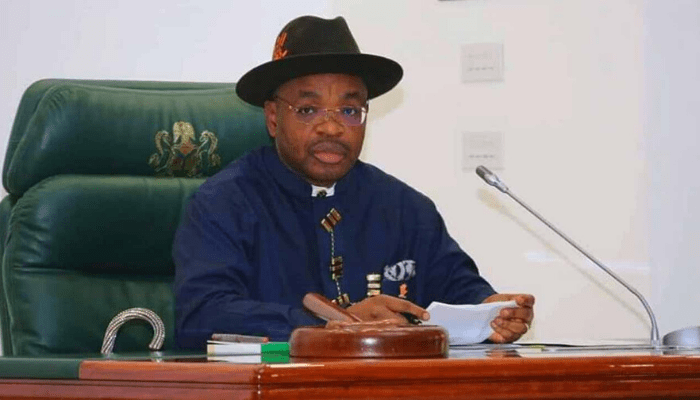 The rich tourism potentials of Akwa Ibom State are to be put on display during a global conference by Goge Africa which seeks to explore “Sectoral Collaboration For Domestic Tourism & Economic Development.”
Organized by the renowned tourism sensation, Goge Africa, it will be held for registered participants online.
The online global conference, a second in the series by Goge Africa is expected to be an insightful economic session with actionable results geared at harnessing the abundant tourism potentials for economic development through collaborative efforts and processes.
Charles Udoh, commissioner for information who made this known said with the global acceptance of tourism as the fourth largest income earner, world economies are now harnessing their potentials in the tourism sector for increased Internally Generated Revenue, (IGR) towards boosting their economic base.
He reiterated that the conference will provide a veritable avenue for Akwa Ibom to display the rich tourism endowments of the State which abound in different sections and sectors to the world for trade, towards attracting mutually beneficial collaborations for the development of domestic tourism in one hand and also generating revenue in the other hand to boost the economy of the state.
He said apart from the natural array of tourists attractions which abound in the state beckoning on tourists: such as the rolling and undulating hills in Itu, the Ahaubu Blue River in Ukanafun, the over 129km sprawling sand beaches, the Nwaniba waterfronts, and rich forests reserves in Mbo, all waiting to be tapped.
According to him, the state also holds fond memories of ancient events like the Slave Trade, with the bridge of no return, the 1929 Woman Riot against taxation by the Colonial masters, with the war museum and epitaph in Ikot Abasi, the 1914 Amalgamation of the Northern and Southern Protectorates of Nigeria, with the Lord Lugard antiquities and the Amalgamation House as well as the abolition of Slave trade, with Mary Slessor’s cairn in Itu.
In addition, Akwa Ibom is unique in folklores, cultural displays, Songs and dance, salivating cuisines, beautiful sites and scenes, arts and crafts, and very friendly and warm people, famous for hospitality.
Udoh said, Governor Udom Emmanuel has also heightened the tourism sector with the introduction of such novelties like Usoro Uso Arts and Crafts exhibition, the Orange September, Ukapisua, Talent Hunt showcase, Ibeno beach Fiesta and groove, the Christmas village as well as the maintenance and running of hospitality facilities in the State.
This he said included the Five Star Ibom Hotel and Golf Resort, the ongoing Sheraton by Four Point hotel, the remodeling of the Ibom Tropicana complex with Shopping Mall, and the hosting of the National Festival of Arts and Culture Exhibition in the state, among others.
Emphasizing that, all these have culminated into the elevated status of “Destination Akwa Ibom” carved for the state, the Information Boss said, the world will be delighted to woe this ready tourism bride, with the catalogue of attractions to be placed bare on the slabs of the world market at the Conference tomorrow.
Among the  Speakers and Panelists expected at the world conference would  include: R. Toby Bailey, the CEO of Borg Investment Bank, USA, Robert Alexander, CEO of 360Wise Media, USA,
Toki Mabogunje, President Lagos Chamber of Commerce, Joe Madu, President USA Africa Chamber of Commerce and the Commissioner for Information,  Charles Udoh, himself a notable Brand and Strategy Consultant.