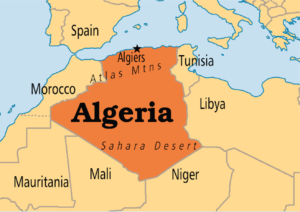 Algeria said Saturday that the coronavirus crisis on top of falling oil prices have caused unprecedented damage to its economy, including over $1 billion in losses in the public sector alone.

This was due to “the structural crisis inherited from the former government, the fall in hydrocarbon prices and finally, the health crisis” of the novel coronavirus.

The premier was speaking at a meeting at which Finance Minister Aymen Benabderahmane announced public company losses totalled more than $1 billion, affecting mainly the transport and energy sectors.

The government decided in early May to slash the state budget by half because of the global collapse in oil prices and coronavirus lockdowns.

The North African nation is heavily dependent on oil production, which generates over 90 percent of its export revenues.

The International Monetary Fund forecasts Algeria’s economy will shrink by 5.2 percent this year, and it will have among the highest budget deficits in the region.

A commission tasked with assessing the impact of the pandemic on the national economy was set up Saturday, according to APS.

Algeria has reported several record daily tallies of COVID-19 cases in the past week, with 601 new infections confirmed Saturday.

The worst-affected country in North Africa, Algeria has officially reported a total of more than 22,500 cases of the COVID-19, including 1,068 deaths.