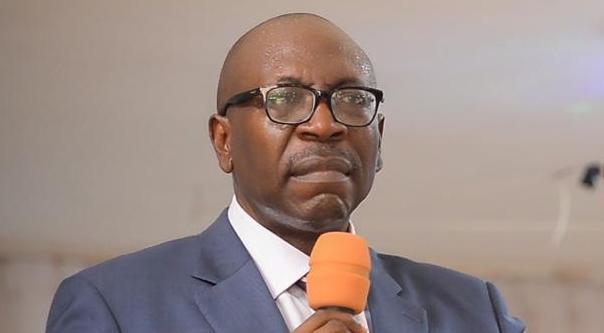 The Federal High Court sitting in Benin on Tuesday adjourned till Tuesday, July 14 the case of alleged N700 million fraud against the All Progressives Congress (APC) candidate in the forthcoming Edo State governorship election, Osagie Ize-Iyamu, and four others.

The presiding judge, Justice Mohammed Garba Umar, adjourned the case following the absence in court of the APC governorship candidate due to ill health.

While the APC governorship candidate was absent in the court, others accused were present.

Justice Umar, however, ordered Ize-Iyamu to appear in court unfailingly on the next adjourned date.

The accused are facing eight count charges bordering on alleged illegal receipt of public funds to the tune of N700 million for the purpose of the 2015 general elections.

The anti-graft agency, in suit No. FHC/BE21C/ 2016, further accused the defendants of conspiring among themselves to commit the offence in March 2015, alleging that they took possession and control of the funds without any contract award.

The court had in its last sitting on Thursday, June 18, 2020 validated the corruption charges against the defendants and adjourned the case to July 02, 2020 for further hearing.

Speaking to newsmen after the court sitting, Charles Edosomwan (SAN), counsel to the first defendant, said Ize-Iyamu couldn’t make it to court because he is indisposed and had to present a medical report attesting to it.

He added that the law provides for his protection as far he is willing to face his trial.