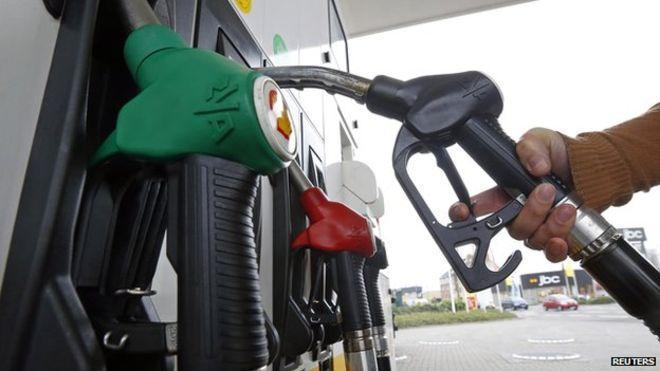 Sometimes, the only difference between realities and dreams is politics. With that said, would there be any need to be taken aback if you understood what President Buhari meant when he asked Nigerian elites to judge his administration fairly in governance?

There is no gainsaying that production, indirectly through importation, has largely drifted offshore as businesses and politicians have embraced the upsides of globalization. However for many, particularly developing nations of Africa like Nigeria, the coronavirus pandemic has shown that the benefits of globalisation- as evident in low tariffs, cheap cost of labour, goods and services- has now become unattainable and unsustainable, following the global economy’s grind to a halt. Consequently, also promoted by policies, industries now have to increasingly bring their operations onshore, even if it means at a higher cost.

For example, on the 11th of September, President Buhari tweeted via his official twitter account, that people importing food or fertilizer into the country should not be given foreign exchange from the Central Bank of Nigeria (Foreign Reserves). He made the statement because of his administrations’ averred to grow the agricultural sector, through the empowerment of local farmers and producers, which is believed to be the single largest solution to the nation’s array of economic problems, amongst which inflation is highly ranked.

Although, local production may be costlier than importation, it is pertinent to understand that local production is the leverage to the upside of globalization, which is currently highly decreased. Local production is what can reform and give businesses and the economy their sustainably feasible and viable long term needs, which includes; reduced cost of production and living, encouraged innovation, and an unclouded environment for investments.

Without a higher cost, operations cannot continue. And without operations, nothing gets produced. And without production, recession will rein our economy. In other words, without increased cost (which culminates into increased price of outputs), another recession is inevitable to enter into, in no long time from now.

This is premised on the economics study that has to do with the Theory of Cost. The theory, supported with that of Economies of Scale and Operating Leverage, explains why and how cost (particularly fixed cost) is reduced when spread over more units, or when output is increased. Economies of Scale, on the other hand, are cost reductions emanating from a significant rise in output without a comparable increase in fixed costs, whilst Operating Leverage explains how high operating leverage Companies (that is companies with high fixed costs relative to variable costs) have greater potential for increased profitability by increasing outputs, since it leads to lower total costs per unit.

Presently, because the global economy is greatly slowed by reason of the pandemic crisis amongst others, outputs and its demand has greatly reduced, which has led to higher cost of production and lower profitability. The Energy (fuel) and power (electricity) industries, for example, have high operating leverage, given the cost of refinery plant and power plants with their respective raw materials for production, vis-à-vis the dollar exchange rate. By implication, in the economic sense of things, increased cost is inevitable to sustain their profitable operations. And until they are profitably operated, investment in them cannot be up-scaled.

Reportedly, for instance, the World Bank gave Nigeria the condition to introduce new electricity tariff that is reflective of cost before she disburses the $3 billion loan the country applied for, out of which about 25 percent is earmarked for electricity. Though President Buhari recently approved the electricity tariff increase effective from 1st of September, the former Minister of Power, Babatunde Fashola, during his term, defended and justified the tariff hike, arguing from the economic and investment point of view.

Aside from the inflexion point being reached simultaneously by both power and energy industries at this time, the same kind of drum-beats sounding in the power sector is also what is obtained in the energy sector. President Muhammadu Buhari, speaking at the closing of the first-year ministerial performance review retreat held in Abuja very recently, said that the average production of oil in the country, from 1999 to 2014, was 2.1 million barrels per day, sold at an average price of $100. Whereas, when his administration assumed office in 2015, the price collapsed to $37/$38 per barrel and the production went down to half a million barrels per day. The subsidized fuel price at fuel stations, prior to 2015, was largely N97 per litre and the exchange rate was under N200 to $1.

Currently; exchange of $1 is over N380, production per day is quite less than 2.1 million barrels due to the covid-19 pandemic, fuel price at pump stations are no longer subsidized; production factors are quite increased due to the depreciated Naira and the highly levered nature of most critical industries. These variables cannot support profitable operations and productions without increased cost of output which culminates into price.

For instance, draw a comparison between 2012 and 2020; 2012, one of the years where exchange rate of $1 to Naira was under N200, and 2.1 million barrels per day were sold at an average price of $100, the federal government at the time announced the removal of fuel subsidy to increase price of PMS to N141 per litre. As of today, exchange rate of $1 to Naira is over N380, production is less than 1.5 million barrels per day, and oil price is under $45. What do you expect, especially if you consider that the country’s revenue has dropped by 65 percent according to reports by both the Ministers of Finance and Information?

Adeyemi is an independent consultant.