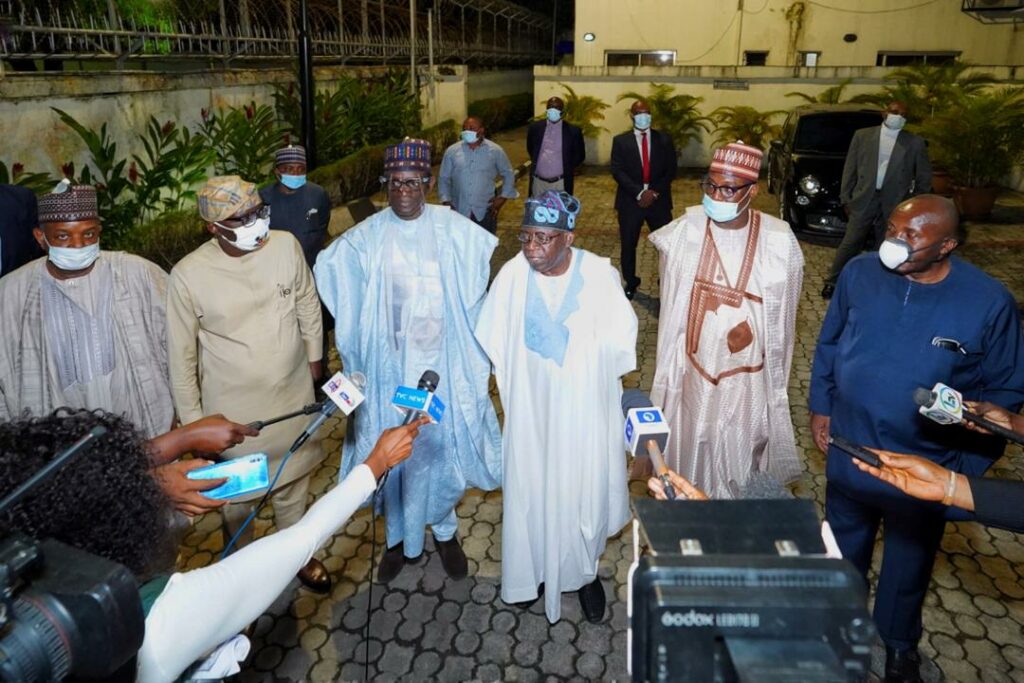 Members of Caretaker Committee of the All Progressives Congress (APC), led by its chairman, Governor of Yobe State, Mai Mala Buni are currently in a closed door meeting with National Leader, Asiwaju Bola Tinubu at his Bourdillon residence, Ikoyi, Lagos.

At press time, 10 pm they are still at the meeting which started at about 9.pm.

The meeting, it was learned, was part of the ongoing reconciliatory move following recent leadership crisis in the party.

Recall that Tinubu had on Saturday showed support for the formation of an caretaker committee for the party as recommended by Nigeria President Muhammadu Buhari.

“The President has spoken and his decision has been accepted. It is now beholden on all of us, as members of the APC, to recommit ourselves to the ideals and principles on which our party was founded,” Tinubu said in a statement.

“President Muhammadu Buhari is much more than a mere beneficiary of the [APC] party.”

Tinubu’s statement was in reaction to claims that he had been marginalised by the leadership of the APC after it dissolved its national working committee on Thursday.

The APC dissolved its national working committee based on the recommendations of Buhari whom political critics said allegedly plotted cutting down on Tinubu’s influence in the party.

Buhari also called for the immediate suspension of all pending litigations involving the party and its members, as well as the ratification of the party’s governorship primary election recently conducted in Edo State.