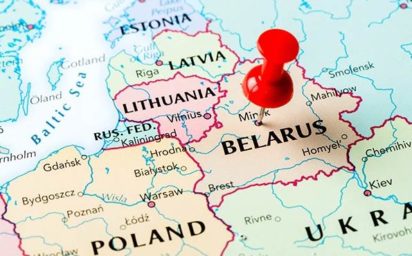 Several thousand protesters took to the streets of the capital Minsk for a second night of post-election rallies, with opposition supporters shouting and hundreds of cars honking their horns and waving flags.

Some shouted “Shame” and “Long live Belarus,” an AFP correspondent said from the scene.

A blast from an apparent stun grenade was also heard.

Independent Belarusian media including tut.by reported the use of force.

ALSO READ: Sixth Term: How the world has reacted to Belarus presidential vote

On Sunday night, thousands also took to the streets of Minsk and other cities to denounce the vote, sparking clashes with members of law enforcement.

Shocking images released by pro-opposition media and posted online showed police firing stun grenades and rubber bullets into the crowds and a police van ramming into the demonstration and running down a protester.

The Belarusian Investigative Committee said on Monday it had opened 21 criminal probes into “mass unrest” and using violence against police and detained more than 80 people.

“Most of them are young people aged 20-25,” investigators said in a statement.