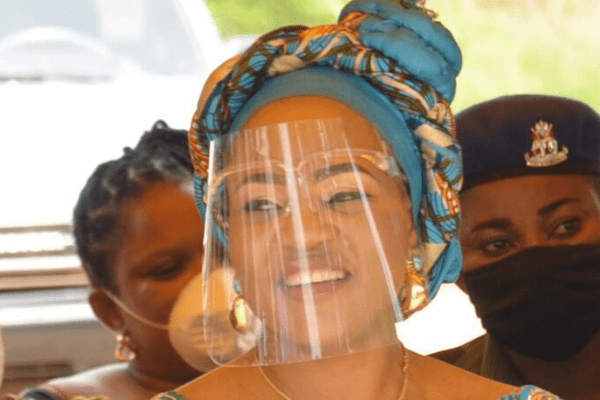 Nigeria Center for Disease Control (NCDC) has confirmed Benue State Governor, Samuel Ortom’s wife, Eunice Ortom, Chief of staff and Secretary to the State Government, SSG, Anthony Ijohor as well as the Head of Service, Veronica Onyeke positive for COVID-19.
The Governor who in a press briefing today also confirmed the NCDC results announced that though he tested negative, the first family had decided to go into total isolation including himself. He urged people of the state to go for testing to ascertain their status and take necessary action.
“One lesson that I want Benue people to appreciate and understand is that everybody has to make himself available for testing. The more you test, the more you know your status; when you know that you are positive, then you can subject yourself to treatment.”
When asked if the government was considering another lockdown, the Governor said the state Action Committee on COVID-19 would sit early next week to review the situation with a view to considering the next line of action.
While noting that testing positive for the virus was not a death sentence, the Governor urged people of the state to take preventive protocols seriously in order to help stop the spread of the pandemic.
The Governor’s wife had earlier issued a statement she personally signed confirming her status and one of her sons, even as she called on anybody she might have come in contact with to go into self-isolation and subsequent testing.
“While I have taken the responsibility to personally call everyone I can recall having had recent contact with to go for testing, I advise anyone who has had close contact with me in the last 2 weeks and the public to go for screening and testing,” she stated.
Meanwhile, Secretary to the State Government, Professor Anthony Ijohor, and Chief of Staff to the Governor, Hon. Terwase Orbunde has also confirmed their status for the virus.
The chief of staff to the governor, Terwase Orbunde in a press release said that ” I voluntarily gave my samples for COVID-19 test on the 29th of June, 2020 and the result came out positive yesterday”.
He said in compliance with COVID-19 protocols, he went into self-isolation and have already started treatment.
He advise everyone who has come in contact with him in recent times to go for testing to ascertain their status.
The chief of staff emphasized that testing positive for Coronavirus is not a death sentence. Like Governor Samuel Ortom, he urged Benue people to strictly adhere to preventive measures to be safe from the virus.