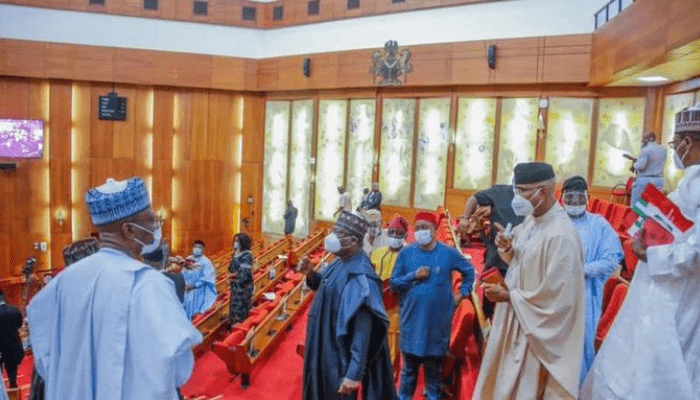 The Senate is set to pass the National Health Bill for the third reading in November 2020, even as the Federal government has been charged to set up a mental health desk at the Federal Ministry of Health to regulate and coordinate all levels of mental health care in the country.

Senator Ibrahim Oloriegbe, chairman of the Senate Committee on Health, dropped the hint on Wednesday, during a virtual summit held by the Association of Psychiatrists of Nigeria in commemoration of this year’s World Mental Health Day

Oloriegbe who is representing Kwara Central district in the 9th National Assembly gave the assurance that the bill which earlier passed through the second reading, will be returned to the Senate for the third reading and by November it will be passed by the Senate.

He said: “With the pandemic, we have all seen the consequences on the social and economic and that the coping mechanism by people that have broken down. We have been privileged be to support the processing and passage of a law that will guide and be a policy framework for sustainable and effective activities or actions towards addressing mental health disorders.

“Before we came in, there has been some attempt there was a law that was in the draft stage. We looked at that and did some amendments and presented it. While we were doing that, we saw that the previous effort did not even make attempt to repeal the Lunacy Act which is the currently existing law in Nigerian legal books as far as mental health is concerned.

“We are in the final stage and today may be the day we are submitting it back to the Senate for them to schedule it for the third reading. We have finalised every work on it, we have a clean draft and we hope by November, hopefully, when we go back to plenary before the middle of the month, it will be passed by the Senate.

“For the first time we are establishing a committee that will be able to do a review of people that require involuntary treatment for mental disorders, and for them to be taken up. It is also going to address the issue of the various quacks and illegal forms of treatment. We hope when it comes to fruition, the situation of people with mental illnesses will be better through realistic and sustainable implementation involving all the practitioners and social groups, particularly civil society, and partners.