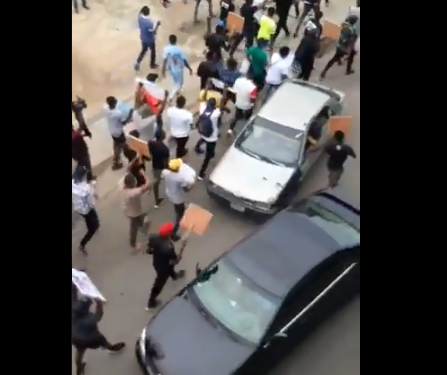 EndSARS protesters in Rivers state stormed the streets of Port Harcourt, the state capital on Tuesday in defiance to Governor Nyesom Wike’s directive.

The youths who converged opposite the Pleasure Park at Aba Road began their procession carrying placards and chanting “End SARS” insisting the Governor had no right to ban peaceful protests.