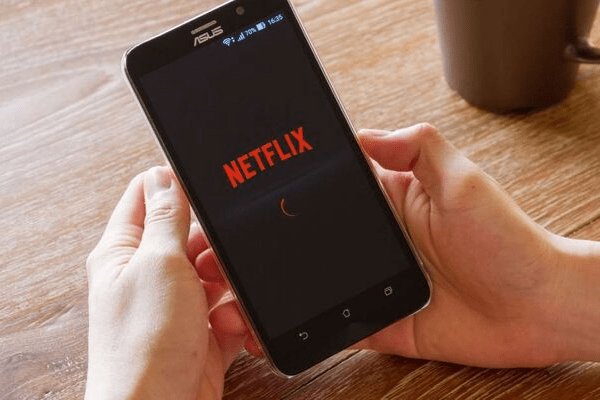 No doubt, the African continent has a wealth of diversity, multiplicity, and beauty in stories that are yet to be told. When told, these unique stories that celebrate African realities, culture and heritage are expected to change the narrative for the continent across the world from poverty stricken, corruption, underdevelopment to spotlighting remarkable feats.

While quality production and veritable platforms to convey the stories have been part of the challenges in the past, Netflix is offering support and platform to African story tellers and movie makers to tell their stories amid quality production.

Netflix, the world’s leading streaming entertainment service, is extending it presence on the African continent with several movie projects and production partnerships.

Of course, the successful partnership with Genevieve Nnaji in her movie, Lion Heart, has opened doors for more engagements with the Nigeria movie industry on film production and distribution.

Today, the streaming giant with over 183 million paid memberships in over 190 countries, is tasking content creators in Nigeria to tell stories ‘they have not had a chance to tell yet’.

Bearing that in mind, Netflix has created Nigerian Netflix Originals series, a platform that allows the powerful stories crafted by Nigerian creatives to enjoy a worldwide audience.

Recently, Netflix engaged Mo Abudu, through her production company, Ebonylife Media, to create two Netflix Originals series, as well as, multiple Netflix branded films and a series that have been licensed to the service.

With the partnership, Mo Abudu will create the on-screen adaptations of literary works by two critically-acclaimed Nigerian authors: a series based on contemporary author, Lola Shoneyin’s best-selling debut novel, The Secret Lives of Baba Segi’s Wives and a film adaptation of Death And The King’s Horseman, a play by 1986 Nobel Prize laureate in Literature, author, poet & playwright, Wole Soyinka.

Explaining the rationale for creating the newfound access to the global stage for the Nigerian movie industry, Netflix noted that Nollywood has been at the epicentre of the African entertainment industry, creating stars and producing contents that resonate with fans across the continent.

According to Ben Amadasun, Netflix’s director of content acquisition and co-productions in Africa, who hails from Nigeria,

“Great stories come from anywhere in the world, and Africa is full of incredible stories that we finally get to share with the world. We have a wealth of fables that have been passed down from generations, and Netflix has a great opportunity to bring those stories to the forefront, which will resonate all over the world.’’

As well, Kenyan-born, Dorothy Ghettuba who leads African Originals for Netflix, explained that the continent has a wealth of diversity, multiplicity, and beauty in stories that have yet to be told. “We want to be top of mind for creators in Nigeria, especially when it comes to stories they haven’t had a chance to tell yet.”

African creatives are also excited about the new platform that is pushing them further to the global audience.

Speaking on the development, Mo Abudu, CEO, Ebonylife Media, noted that, “This unprecedented partnership is testament to the Netflix’s investment in African storytelling and we at Ebonylife are grateful and excited about the opportunity to work together with the Netflix teams to deliver a slate of unique and riveting stories from Nigeria over the next few years for Netflix audiences around the world.”

For Akin Omotoso, Netflix represents an incredible opportunity to get Nigerian stories to 190 countries. “It is an indescribable moment for the Nigerian production industry, and we are thrilled to share our stories with the world”, he said.

Also speaking on the relevance of the Netflix platform for the Nigerian movie industry, Genevieve Nnaji, ace actress/producer, explained that Nigeria has amazing talent and but have not had an adequate platform to showcase her talent across the board. “It is a good thing, especially for upcoming artistes who want a chance. We have so many more stories to tell”, she said.

Meanwhile, movie lovers are waiting to see how Mo Abudu’s Ebonylife will produce Wole Soyinka’s Death And The King’s Horseman, a play most stage directors find difficult to produce. But based on its track records with top box office grossing movies such as The Wedding Party, Fifty among others, Ebonylife is promising world class production in the Netflix Nigerian Originals series.