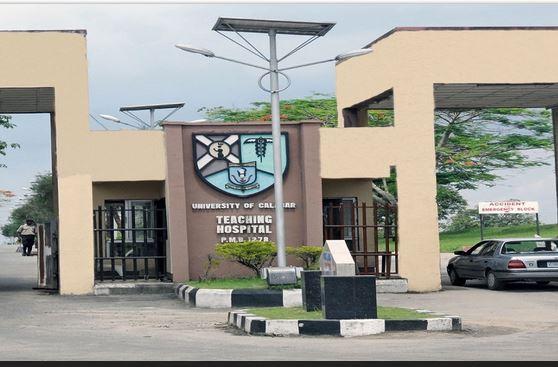 The economics and politics of coronavirus may even be more problematic than the epidemiology of the disease-unknown. When you read this and that from here and there the probability of forgetting some sources increases. For now, just ignore the source and take in the truth of this statement.

Now, back to business. From my observatory, the Cross Rivers State Commissioner for Health and Chairperson of the Coro taskforce, Dr Betta Edu is a very beautiful and cheerful young lady (I hope I have not breached any protocol). However, whenever she speaks about Coro and the NCDC, she turns into something else. She frowns, becomes agitated, verbally combustive and acts as if she would throw punches. Just like her counterpart in Kogi State. The first time I ‘encountered’ her was around 30/4/20 when she bold-facedly claimed that Cross-Rivarians were being offered millions of Naira just for them to claim that they had Coro and that it was via text-messages! Millions? Just to pretend to be Coro-positive? For what now? What would the offeror gain by such a gambit? Anyway, I actually wanted to confirm the story so that I would grab the offer with both hands but that is by the way.
That was around the time some NCDC staff were about to visit CRS for sample collection and she gave them a very wonderful welcome package: The state would quarantine the staff for 14 days, before they would do their duties! She stated the state was more interested in the prevention of the virus than its management and that “It is not compulsory that all states will be affected.” She also promised that the state would do everything to ensure that it was Coro-free and appealed to the Federal Government to assist it with funds and test kits, stating that the 50kits supplied to NCDC were not enough to serve a population of 4.5million

Since then the war-cry from CRS has been represented mostly by the commissioner for health, occasionally by her information counterpart and her principal has been ‘CRS is Coro-free’. I don’t know whether there is a prize for this. The Nigerian Medical Association believed that there were coro-related deaths in the state as evidenced by increasing cases of flu-like symptoms, respiratory challenges and loss of smell/taste in some hospitals in the state. They called on the FG to intervene, especially given the gross under-testing in CRS, which had recorded 9 samples as at that time. Of course, if you don’t seek, you cannot find (Mt,7.7).  They also claimed that their stand is supported by reports  from  epidemiology units and condemned the delayed   and post-mortem sample collection.( Guardian, 15/5/20)But the combat-ready Dr Edu  said the doctors, her colleagues, including her seniors based their stand on mere rumour, because the statistics did not support their assertions,

The Association of Medical Laboratory Scientist of Nigeria, CRS branch also declared that there were possibilities of coro in CRS,  calling for more tests and condemned the disturbing practice of transporting coro-samples by public transport from collection points to the collation centres( Vanguard, 13/5/20) The Efik Leadership Foundation also weighed in,  vide a letter dated 30/4/20) asserting that “There is enough anecdotal evidence to support the belief that cases of the COVID-19 disease exist in the  State, accusing the government  of failing in its duty and that the people have been left to the antics of their ‘maverick governor’. The government however threw in a letter-bomb, referring to them as “disgruntled and disoriented elements”, who would even import the virus into the state to score a political point rather than hailing the governor’s enviable efforts.

The economics and politics of coronavirus may even be more problematic than the epidemiology of the disease-unknown. When you read this and that from here and there the probability of forgetting some sources increases. For now, just ignore the source and take in the truth of this statement

Meanwhile, the State Chairman of the Nigeria Medical Association, Ayuk Agam warned that if the NCDC failed to enlist the University of Calabar Teaching Hospital as a Covid-19 testing centre, its members will commence an indefinite state-wide strike from Thursday, July 2. In an interview with AIT on 27/6/20, he expressed serious doubts about the sample collection and testing practices in CRS, that all the samples turned out negative under suspicious circumstances and that they would be more comfortable dealing with the federal establishments

The governor eventually came on board, saying as a professor of science, that coro cannot survive in the ‘hell-fire temperature of Nigeria’, that the FG is desperate to test people and thereby boosting the businesses of coro-related firms. He called the entire thing a full-blown business and finally declared “I think I cannot comply with it. I must lead from the front because I’m exposed and smart,” Exposed and Smart? Really? Well the professor has spoken. Sure, Coro has a serious business dimension. But not long after that, the University of Calabar Teaching Hospital announced that a patient had tested positive and thus registered CRS in the coro medal table. The  State restated its coro-free status, and through Dr Edu and her talk-talk counterpart, accused Federal authorities of shipping positive and negative test kits and cartridges to the Nigeria Navy Reference Hospital in Calabar, to violate the state’s COVID-19 free status, asking the hospital to refuse to be used to transport the virus to the state.

Of course, the NCDC flatly denied an outlandish allegation. This was happening as a lawmaker in the state legislature died of coro-related symptoms. The governor, while restating the CRS Coro-free status, warned that if anything unusual  happened, it should be blamed on the opening up of boarders but then  thanked the Federal Ministry of Health and NCDC for being a great example, playing a professional and technical role and given a world-class response to the COVID-19 pandemic in Nigeria.  Professional? World-Class? When the state has accused them of professional misconduct and criminal manipulation of records? He then commended the efforts of the COVID taskforce with a donation of N30m. As I write, CRS Nigerian Medical Association is on strike against the coro policies and practices of the State and the NCDC failure to accredit UCTH as a testing centre. The NCDC has dispatched a team to CRS. Will the team be quarantined or have they started work? CRS recorded 5 fresh cases as at 6/7/20

So, as I asked in the case of Kogi, what is all this about? Who is fighting who and for what?  Is there something that we do not know? Will the truth ever come out? How can a state accuse the federal government of destructive subterfuge without any proof and we go on as if all is well?  Earlier on, I wrote “The other side of Governor Ayade”, (28/5/20). Today I have interrogated another side of himself and the government he heads,

Other matters: My interstate opening-up experience
My last visit to Igbo-Ukwu was for the   general meeting and inauguration of a new executive on 22/2/20. And the last time I drove on the highway was on 17/3/20, on the Ijebu-Ode-Lagos route. For a village-man who goes home as often as my HOD would allow and a visiting husband who shuttles Lagos-Ago-Iwoye-Ijebuode weekly, it was really unusual for  my body and soul and even for  my vehicle to be locked-in for almost 4 months, during which period I only went out to buy fuel for my  generator. So, when the all-powerful PTF opened up the interstate space on 1/7/20, I did the expected. Just like a caged bird suddenly let loose. I hit the road. I had missed home and the usual home matters and I never believed that I would be off Igbo-Ukwu for more almost 5 months.
On that day (1/7/20), I decided to warm up my vehicle, revalidate my driving skills and confirm that I still knew the way to my school. I also wanted to ensure that my “house of exile” and neighbours at Ijebu-Ode were still there. Even though I left my Lagos abode long before 6am, it took me four hours to get to Ago-Iwoye, an indication that not much had changed.  Since schools were still closed and ASUU was and is on strike, there was nothing to do, apart from disturbing the rats which had turned themselves into the landlords.
At Ijebuo-Ode, my neighbours, especially the children were ecstatic to see me but it was from a distance.  I attended Mass at the Cathedral, the first live-mass in the previous 3 months+. It was a thing of joy to see the priest and the parishioners and participate in a live Mass.  Face-masks were scarce from the faces at Ijebu-Ode. Surprisingly, the most compliant people were okada-riders, who were using face masks before-before. The following morning, to avoid the previous day’s experience, I left very early and got to Lagos around 7.

On 3/7/20, I engaged an ad-hoc driver and hit the highway (though there are some low-ways on the route) to Igbo-Ukwu. I noticed that the commercial vehicles did not obey the appropriate protocol as they carried on as before. Even the small Toyota-Picnic (very regular along Ijebu-Ode-Benin route), still carried driver+2 in front! The usual toll-gates (police, customs, FRSC) were operational but it appeared they had mellowed down a bit. Probably they still had enough from their loot during the interstate lockdown. We got to Asaba around 2pm where I discharged my emergency driver and drove home myself. There were celebrations and impromptu thanksgiving prayers by my people at home, but again, from a distance. I have satisfied my curiosity. I had stepped feet into my compound and my house was still there, my neighbours, relations and in-laws were still there, the market, the churches and schools were still there. It was good to be home again! That was the first reason for my trip
The following day, I faced the second reason for the trip: The 3rd tranche of the palliative distribution by Igbo-Ukwu Coro Relief Fund Group, of which I was and am the secretary/coordinator.   It had always been overseen by Prof Nwosu, (one of the trustees based at home) while the Chairman (Chief C I Ezeh) and I coordinated online, from Lagos. This time, we distributed 72 (100kg) bags of beans and 144 (50 kg) bags of rice. It was a pleasant surprise because nobody expected me. From there, I went to the famed Nkwo-Igbo.

I attended Sunday Mass at St Michaels Catholic Church and lucky me, the chief celebrant was His Lordship, Bishop Okpaleke of the newly created Diocese of Ekwulobia.  On 6/7/20, I had cause to visit the Ekwulobia General hospital Sadly, I noticed that my people have no regard for physical distancing and face mask.  What a few had was jaw-mask: masks that covered just the jaw while some had their masks in their pockets! Even at the hospital, while a few had the jaw masks, some had none at all, including one of the nurses!
I am still at home, savouring roasted cocoa-yam with oil and bean cake, leaking fresh pears with properly and patiently roasted corn, and paying condolence visits to all those who joined the saints triumphant since March. I will soon be back to base but there is much work to do: Coro-Awareness