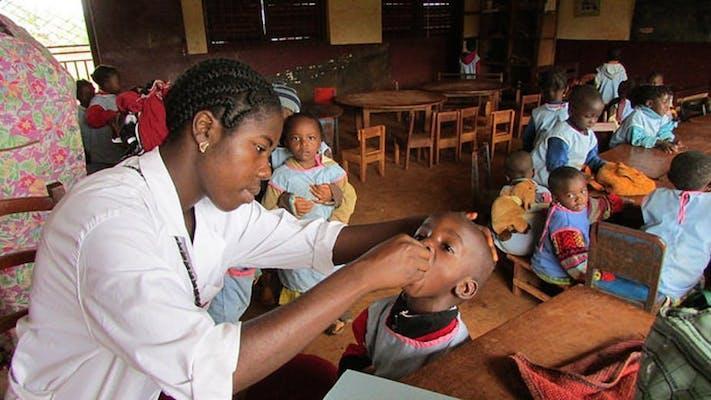 Some of the significant ways Covid-19 has disrupted the Nigeria’s health system is creating a huge distraction to aids programmes, including the provision of tuberculosis drugs, HIV drugs, malaria bed nets, measles campaign and other routine immunisation efforts, Bill Gates, the world’s second-largest health financier, has said.

While Nigeria’s Covid-19 infections and deaths have not grown out of hand compared to South Africa and some Northern African countries, Gates says regression has occurred in vaccine coverage, an area that was already struggling to cover every child before the pandemic outbreak.

“You know, I spent a lot of time talking to some of the state governors in Nigeria about their plans, and in fact, Aliko Dangote, and I spent three hours today going through three of the states. We’ll do the same tomorrow, trying to understand what bottlenecks they are running into and how the international actors can help them,” Gates said responding to BusinessDay during an embargoed conference call to mark the launch of the fourth Gates Foundation’s Annual Goalkeepers Report.

“Even before the pandemic, those primary healthcare systems were far short of what they should be, and the goal is to get up to covering every child,” he stated.

The report shows that vaccine coverage, a proxy measure for how health systems perform, has dropped to levels last seen in the 1990s, setting the world back about 25 years in 25 weeks.

Gates regretted that those routine immunisations which intentional efforts shored up from 70 percent to 84 percent over the last 25 years have plunged to 70 percent.

Based on United Nations Children’s Fund (UNICEF) warning that an escalation in the transmission of Covid-19 could occur when children crowd inoculation centres, many countries suspended mass immunisations.

The consequence has been measles flaring around countries including in Nigeria, Bangladesh, Brazil, Cambodia, Central African Republic, Iraq, Kazakhstan, Nepal and Uzbekistan.

In June, for instance, Nigeria recorded an outbreak of measles in 13 local government areas of Niger during the lockdown as routine immunisation stopped and mothers shunned health facilities on fear of contracting the virus, Fatima Abdullah, director, Immunisation and Diseases Control, said in a News Agency of Nigeria’s (NAN) report seen by BusinessDay.

Despite being certified polio-free, fears are mounting that millions of children in Nigeria risk fresh exposure to polio, measles, diphtheria and other diseases.

Not only has the economic crisis induced by Covid-19 reinforced inequalities, the report notes that it has also caused a disproportionate impact on women who now face increasing burdens from rising demands in total unpaid care work and experiencing the majority of job losses.

However, the Bill and Melinda Gates Foundation proposes that ending the pandemic in a short time should be prioritised by all and sundry to set the world back on track. And the way to go is joint efforts towards the development of diagnostics, vaccines and treatment; swift production of tests and doses as well as equitable delivery of tools based on need rather than the ability to pay.

Particularly, the report cautions against a self-centred approach to protection that can lead to hoarding of the vaccines by rich countries, while neglecting poorer countries who lack the capacity to develop and manufacture vaccines. The approach, Gates said, will only prolong hardship and not end the pandemic quickly.

Equally, demonstrations from Northeastern University, US, note that if rich countries buy up the first two billion doses of the vaccine instead of equitable distribution, then almost twice as many people could die from Covid-19.

To that effect, one of the viable strategies suggested to achieving an equitable outcome is the Access to COVID-19 Tools (ACT) Accelerator. ACT is considered the most serious collaborative effort to end the pandemic because it is believed that it will bring together proven organisations like Gavi, the Vaccine Alliance and the Global Fund to Fight AIDS, Tuberculosis and Malaria.

“The one thing the United States has not done, as yet, that I’m very hopeful it will, is allocate substantial resources for the vaccine procurement and other drugs and diagnostics for the pandemic. If they would couple that with their funding of the R&D, and facilitate these vaccines being made in many factories, then you’d have the complete picture there,” Gates explained during the conference call.

“So, no one is saying that there shouldn’t be any recognition of where the trials are done, where the R&D funding has come from, but the way to deal with this problem is to have that capacity be as large as possible.”

Gates disclosed that the Foundation and partners have been working at a parallel manufacturing of vaccine, such that multiple companies’ factories can produce.

“If we can get many billions of doses made during calendar 2021, then the allocation can serve multiple goals. If you have very limited manufacturing capacity, then that makes the dilemma of the trade-off that much worse,” he said.