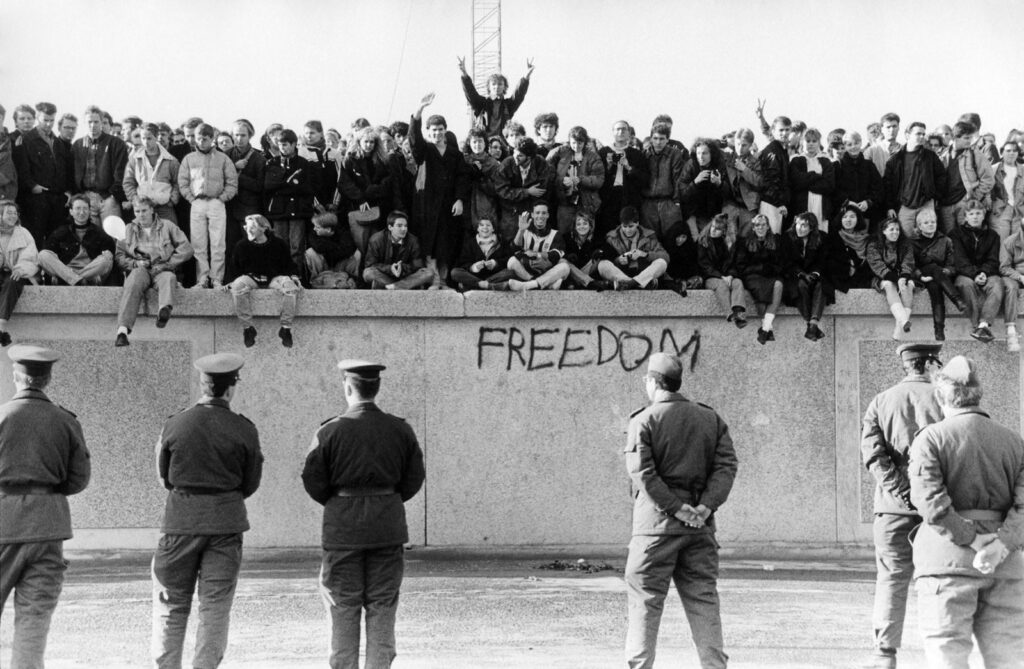 Germany is celebrating 30 years as a reunified country on Saturday with a scaled-down event due to the coronavirus pandemic.

Chancellor Angela Merkel, President Frank-Walter Steinmeier and political veteran, Wolfgang Schaeuble, the Head of the Bundestag parliament, took part in an official ceremony at the Church of St Peter and Paul in the city of Potsdam, situated about 25 kilometres south-west of Berlin.

Only 130 guests were permitted to participate in the event at the church.

Masks were mandatory in parts of Potsdam. Some 2,500 police officers were deployed in order to oversee a number of demonstrations that were set to take place across the city.

Steinmeier was due to make a speech at another event in Balbelsberg, home to Germany’s main Weimar-era film studio, later on Saturday.

A month-long programme marking the anniversary of the nation’s reunification towards the end of the Cold War kicked off in early September in Potsdam.

Officials in this year’s host city opted for a string of smaller events rather than a huge public party to avoid spreading the coronavirus.

In the run-up to Saturday’s landmark anniversary, Merkel – the first East German to hold the top job in German politics – thanked the activists and protesters who led the peaceful revolution in 1989 that brought down the Berlin Wall.

“This anniversary is an occasion for great joy and gratitude,’’ she said in a speech to parliament on Wednesday.

She also paid tribute to the German people “for the historic and unprecedented achievement … of fulfilling the reunification both inside and out over these 30 years’’.

Nobel laureate Mikhail Gorbachev, the Soviet leader at the time, said the celebrations were a symbol that the division of Europe had been overcome, and the Cold War ended.

“Your holiday is part of a great international anniversary,’’ he wrote in comments marking the occasion published by the German embassy in Moscow on Friday.

Gorbachev said the road to reunification had not been easy, calling the situation tense, and saying that “any careless step could have led to an explosion’’.

There were doubts and unrest in Europe and in the Soviet Union, and these were justified, he said.

“When the Germans in East and West declared, ‘We are the people’, what political leaders needed was wisdom, composure, deliberation and vision.’’

Together, this test was passed, he said.

However, a recent poll found that around two-thirds of Germans do not see the task of reunification as complete.

In areas that were previously part of the communist German Democratic Republic, 83 per cent considered reunification incomplete, while in areas that were formerly West Germany, it was only 59 per cent, according to a YouGov poll.