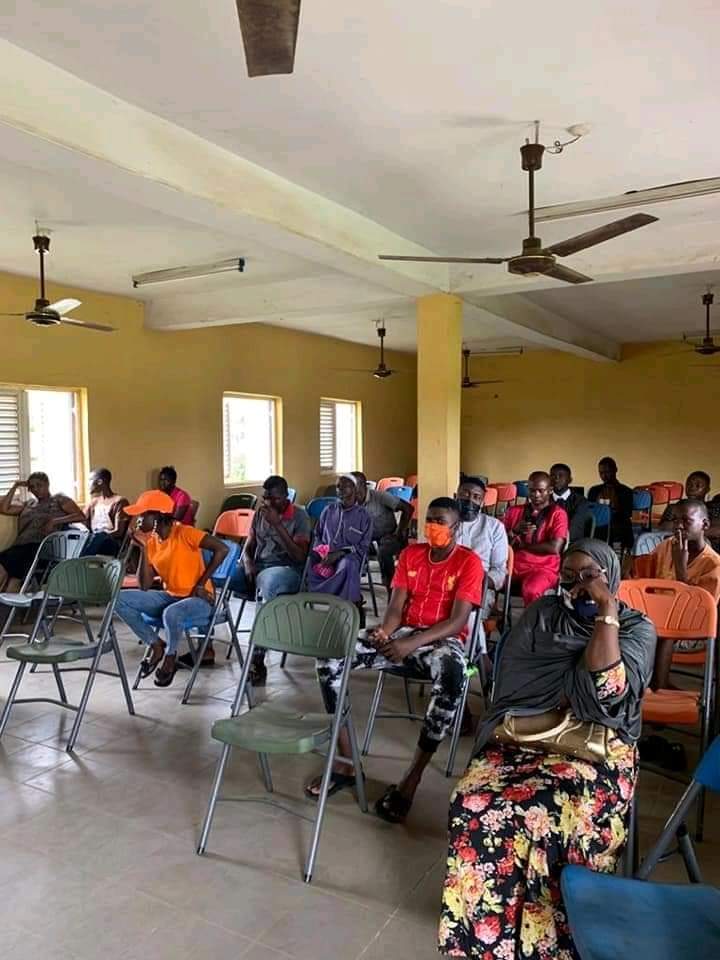 Osogbo residents breaching the coronavirus pandemic guidelines were on Tuesday forced to take the COVID-19 protocol courses against the spread of the virus.

Officials of the State Joint Task Force led by the Special Adviser to the Governor on Security, Mrs Abiodun Ige were stationed at various locations in the state capital arresting residents who refused to use a face mask.

The Oke-Fia team was at the roundabout for few hours creating gridlock from the point to Ola-Iya, Old-Garage, as well as Lamenco junction, while residents were arrested in the traffic including those in their vehicles.

Commercial motorcyclists and passengers, as well as motorists, who defied the guidelines, especially the use of face mask in public were arrested and taken to a classroom inside Salvation Army Middle School at Oke-Fia for the few hours courses.

In the class, the state health officials tutored the erring residents on the essence of taking responsibility, especially in the face of rising cases of the pandemic in the state.

The state government had threatened to imposed another lockdown in the state if residents refused to take responsibility in the face of spiking figures across the state.

Speaking with journalists, Ige disclosed that the state government has discovered that people have abandoned their responsibility of adhering strictly to the set guidelines, hence, the need for strict enforcement.

“The essence of the exercise is that the government has observed that people are lackadaisical with compliance to COVID-19 guidelines.

“The governor marched us out to go and ensure that everybody that did not comply were arrested and taken to a hall and educated on safety protocol. Medical people were there to take the class. They were shown films of COVID-19 to know its real.

Videos of those who are affected, those that survived the virus and those who died of the virus for them to know that COVID-19 is real. Many people have been saying that the virus is not real but with the video and what we taught them today they assured us that they will be advocating for safety to people they know.

“The exercise will continue until we all complied such that when we go on the streets, we would see everybody has their mask on”, she said.