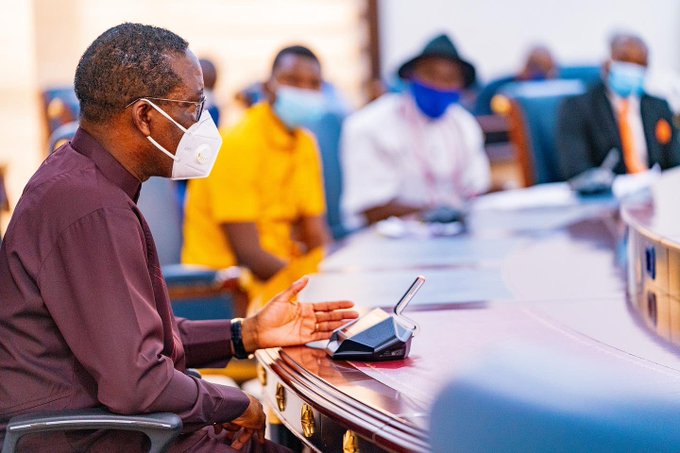 The ground-breaking ceremony of the Transmission Tower Manufacturing and Testing, Industrial Fabrication, and Hot Dip Galvanization facilities, scheduled to take place on Tuesday, October 20, has been postponed.

The industrial facility being embarked upon by Delta State Government in partnership with ENFRASCO Limited is proposed to be established in Issele-Uku Community, Aniocha North Local Government Area of the State, along the Asaba-Benin Expressway.

The project is in line with Governor Ifeanyi Okowa’s SMART Delta policy of accelerated industrialization and diversification of the state’s economy beyond crude oil.

No reason was given for the postponement, as a statement by the State Director of Information, Dona Obuseh enjoined invited guests and stakeholders assured that a new date and time would be communicated later.

In another development, the state government said it was formulating an enabling law to establish the State Bureau of Statistics as well as strengthening the current Statistical Agency, to cope with the numerous challenges of producing accurate, timely, and reliable data to serve as a guide for good governance.

The Commissioner for Economic Planning, Barry Gbe, made the disclosure while declaring open a workshop for the training of enumerators for the conduct of the National Business Sample Census (NBSC) at Asaba.

Represented by his Special Assistant, Alex Ighoro, the commissioner explained that the conduct of the National Census of Commercial and Industrial Businesses would increase the quantity and quality of statistical data available for policy formulation.

“It will enable us to accelerate development therefore, the government should show more interest in the use of statistics as a parameter for planning, policy, and decision making and support NBS and State Statistical Agencies to enable them to discharge their responsibilities of providing the nation with reliable socio-economic statistics.”

Gbe implored all the participants to take their training seriously saying that they would bring it to bear in the field by producing high quality and very reliable data needed in the country.

Also speaking the Statistician-General, Yemi Kale, encouraged the trainers and participants to put in their best to provide the government with relevant and reliable information for policymaking in Nigeria.

In their separate remarks, the Delta State Director of Statistics, Joe Odhogbi, and National Bureau of Statistics (NBS) State Officer, Emmanuel Agbebaku, affirmed that the National Business Sample Census (NBSC) was a national affair which must be done with utmost seriousness and honesty for the state to have a fair representation in commercial and industrial businesses.