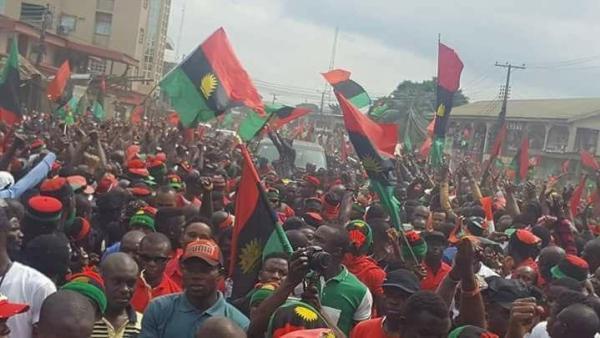 There has been a lot of fighting on Twitter about one of the less discussed outcomes of Nigeria’s brutal Civil War which lasted for about 30 months, from 1967 – 1970. At the end of the war, the victorious Yakubu Gowon famously declared, “No victor, no vanquished”, and made it clear that the aim of the Federal Government was the reunification and reintegration of the former citizens of the rebel Republic of Biafra into the Federal Republic of Nigeria. While as with most things Nigerian, there were probably good intentions, we have a habit of being long on rhetoric, and short on actual practicals. In this regard, the treatment of the bank holdings of the former Biafrans has become a painful sticking point, even half a century later.

During the war, the government of Nigeria, concerned that its own currency was being used to finance the war efforts of the rebels, changed its currency, and mandated all old money be changed to the new notes before a set deadline, after which all old notes would be null and void. The Biafran government, not to be outdone, also mandated a change of currency, introducing the Biafran pound, and criminalising the possession of Nigerian currency within its territory.

This presented problems for the citizens of Biafra as they were quite obviously unable to travel to federal territory to comply with the directive. Following the war, the Federal Government directed that all invalid currency notes held by former Biafrans be presented to the Central Bank for conversion to the new currency. Once this was done, however, the Federal Government then directed that the sum of £20 be paid to all Biafran bank account holders, regardless of the balance of their accounts prior to the directive, or the amount of cash they had presented. Myriad reasons were given for this flat payment, ranging from loss of records to persons presenting “invalid” Biafran pounds for conversion.

It has been argued that those who presented old Nigerian pounds for conversion received full value. This latter position, however, is false.

In Chief J. J. Enwezor v CBN, the plaintiff submitted the sum of £26,659 in old Nigerian currency to the CBN, in compliance with the directive of the government. The Central Bank acknowledged receipt of this sum, and then proceeded to give Chief Enwezor the sum of £20, stating that it was in compliance with the directive of the government, and also claiming that the deadline for conversion of old Nigerian pounds had long passed. It is pertinent to note at this point that the decree under which old currency notes were exchanged, specifically made it an offence for anyone to bring in Nigerian currency from the Biafran territories for exchange.

It therefore makes it rather strange that the federal government, having initially criminalised the transportation of old currency notes for conversion, and then asked the citizens who were previously unable to convert their notes to bring them forward for conversion, would then refuse to provide value for the old notes that it requested!

In addition to basically stealing the life savings of the defeated Biafrans, the Federal Government also attacked another aspect of their lives: legality. Despite having declared that judicial officers serving in the rebel territories would merely be considered as being on unpaid leave for the duration of the war, the Nigerian courts routinely refused to recognise any legal proceedings or contracts entered into between Biafran citizens during the period of the rebellion.

In Chief A. N. Onyiuke v. G. E. Okeke, the Supreme Court of Nigeria ruled that a contract sum meant to have been paid for in Biafran pounds rendered the contract illegal. This despite the defendant having received the goods under the contract and never paying for them even up to the initiation of litigation. In fact, the Court essentially rebuked the trial judge for ruling that the contract was unenforceable due to the consideration and not illegal. In another instance, the Supreme Court also refused to recognise the validity of proceedings commenced in the High Court of Biafra, but continued and concluded in the Onitsha High Court.

These policy decisions, coupled with the Abandoned Properties Decree, served to strip the former Biafrans of their property and finances, giving the lie to the government’s declaration that there was “no victor, no vanquished” as these policies seem to be exactly the sort of things imposed upon a conquered people, as though to make them pay for the cost of their own conquest.

The invalidation of legal agreements, even though the issues were the same sort of basic commercial transactions carried out every day, and the refusal to integrate legal proceedings from Biafra even though the judges received the same training, used the same system, and were reintegrated into the judicial service after the war, is perhaps even more instructive of the fact that “no victor, no vanquished” was mere sloganeering.

Nigeria, however, refuses to have any sort of honest discourse about the Civil War, whether it is the events leading up to the war, the actions of all sides during the war, or the policies of the government after the war.