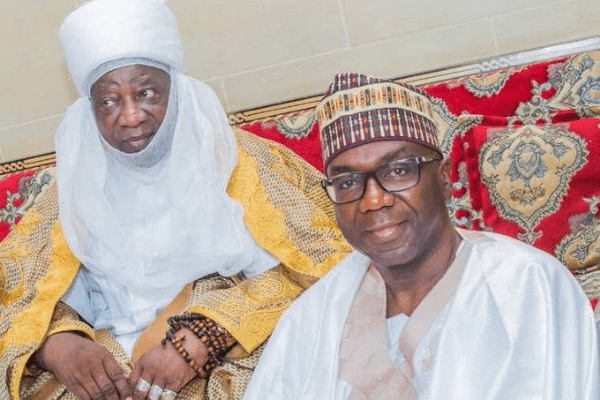 The Emir of Ilorin, Alhaji Ibrahim Sulu- Gambari on Saturday commissioned the ultra-modern library of the Ilorin Juma’at Central Mosque Ilorin, Kwara State. The ultra-modern library comprises of conventional and e-library sections.
Speaking at the brief ceremony which was conducted in compliance with COVID-19 protocols, Sulu- Gambari expressed delight over the erection of the library within the central mosque’s complex.
The Emir who noted that the library would impact knowledge urged the people of Ilorin Emirate to put it into good use.
“We are proud of this Mosque because it is a world-class Mosque. There is no Mosque in Africa that’s great than this one, being the first Mosque to have a women wing.
” We thank Allah for blessing us with this ultra-modern Mosque which has become a rallying point for the people of Ilorin. It enhances our unity. It, therefore, gives me great joy to commission this ultra-modern library,” he said.
The Emir, however, urged the people of Ilorin Emirate to always donate money for the maintenance of the Mosque.
Earlier, the Chairman of the Mosque Central Working Committee, Shehu Abdulgafar, said that the ultra-modern library is an integral part of the Mosque.
Describing the library as a hybrid reference library, Abdulgafar informed it contains high grade printed and electronic sources, adding that “the library currently contains 5,096 volumes of books, 5 periodicals, 736 volumes of law reports and 1, 308 volumes of books purchased and 3, 888 volumes of books donated”.
Abdulgafar disclosed that the use of the library is opened to Islamic scholars and students of tertiary institutions upon registration for membership.
He expresses appreciation to those who had donated books and equipment to the library.