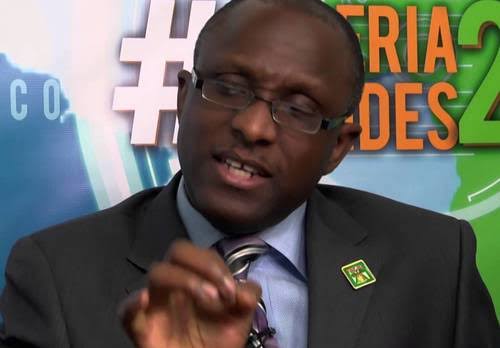 The Senior Special Assistant on Media and Publicity to the Vice President, Mr. Laolu Akande has stated that President Muhammadu Buhari is committed to bringing an end to police brutality following nationwide protests.

Detailing the actions of the Buhari administration, Mr Akande noted that the President has spoken on the #EndSARS protests and he is addressing the concerns of the protesters.

“Just so we are clear, this is what Mr. President said on the #EndSARS. He has spoken and he means every word. I know that efforts are ongoing on all the related issues including matters of compensation for victims.

“Please share video just so everybody is aware that Mr. President has spoken,” he wrote on his official Twitter page.

Mr Akande then went on to engage #EndSARS protesters who felt the government was doing little or nothing on the matter.

A Twitter user, @supredd asked, “Why are they still attacking people #EndSARS protesters?, to which, Mr Akande said, “If you know of any such attack, please be sure to send us, and we will act. On a larger level, each state will be setting up Judicial Panels where all such cases would be brought. Some States have already announced composition.

@kingbellolll1 said, Let us be honest, is Nigeria getting much better under this government? The truth please,” he tweeted.

Mr Akande responded with, “Let’s work together to move country forward. There is indeed a global economic downturn but it is actually an opportunity to fix things and deliver better results.

At @KahlidRabs believe no steps have been taken so far. “We hear but no concrete steps taken yet,” he said.

In response, Mr Akande said, “No Rabiu, my brother, steps have started. A number of States have already constituted their Judicial Panels as resolved at last Thursday’s NEC meeting of State Govs chaired by the Vice President. Please check it out. Other actions to follow in lockstep”.

@enyiomaopurum appeared to be satisfied with Mr Akande’s responses. “What is the timeline for the reform,? he asked. Answering the question of the timeline, Mr Akande said, “Well that would be determined soon. But the Judicial Panels have six months to complete their tasks.”

But @leksyde_1 took on the President’s record. “Which words please. Tell me any of his promises he has kept till date,” he asked.

Here is Mr Akande’s response, “Ok, just one example, he said he will help unemployed graduates. So he has engaged 500,000 of them and he recently approved that the number should go to 1,000,000. Expect that as we go. Thanks for asking bro.”

@iniyali_joesph was more optimistic than most. “We look forward to having all resolutions speedily implemented. This is so reassuring. To which Mr Akande simply replied with, “Thanks Joseph.”

In the video shared by Mr Akande, President Buhari said, “We have heard the genuine concerns and agitations by Nigerians about excessive use of force in some cases, extra Judicial killings and wrongful conducts by men of the Nigeria police force.

“The disbanding of SARS is only the first step in our commitments to extensive police reforms in order to ensure that the primary duty of the police and other law enforcement agencies remains the protection of lives and livelihood of our people.

“We will also ensure all those that are responsible for misconducts or wrongful acts, are brought to justice. We also deeply regret the loss of life of the young man in Oyo state during the recent demonstration.

“I have directed that the circumstance of his death should thoroughly be investigated,” the President said.

The post #EndSARS: Buhari has spoken and he means every word – Laolu Akande appeared first on Vanguard News .