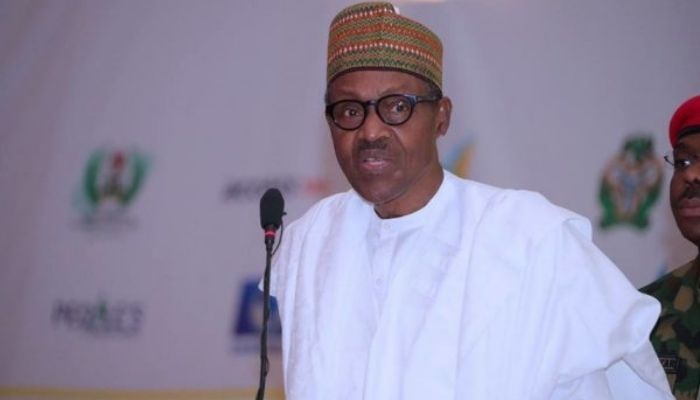 Young Parliamentarians Forum (YPF) in the National Assembly has strongly called on President Muhammadu Buhari to urgently address the Nation over the #EndSARS# peaceful protests which has degenerated into killings and destructions across the country.

The Forum also asked the National Assembly to as a matter of urgency reconvene for an emergency session to discuss the alleged killings of peaceful protesters and conduct an investigative public hearing on the loss of lives and human rights violation resulting from police brutality is highly recommended.

The National Assembly had on Tuesday adjourned plenary to November 24, 2020, to enable lawmakers to have adequate time to hold budget defence sessions with Ministries, Departments and Agencies, (MDAs).

YPF made these demands at a press conference in Abuja on Thursday, addressed by its Chairman, Kabir Tukura who condemned the horrendous loss of lives of unarmed protesters at Lekki Toll Gate in Lagos.

Tukura while sympathizing with the families of people who lost their lives in the protests, urged the Federal Government to ensure adequate and immediate compensation to the victims of police brutality, banditry and terrorism.

He said: “As a matter of urgency, the Nigerian Army should identify the armed men in Military uniform who attacked innocent protesters at the Lekki Tollgate in Lagos on October 20, 2020. We also urge the Nigeria Police Force to identify officers who attacked peaceful protesters in cities across the states.

“Similarly, the Sponsors of the human rights violations and violence perpetrated by thugs across the Federation must be made to face the full wrath of the law. We urge the Federal Government to accede to the demands of the youth and ensure comprehensive reforms in the security sector”.

The group called for police reform as an epicentre of the current protest is the acts of brutality by the police and its proscribed tactical unit, SARS, insisting that Federal Government must demonstrate a genuine commitment to reforming the police and the protection of the youth and citizens from police brutality which has resulted in several avoidable deaths.

The lawmakers also called for the immediate inauguration of the Nigeria Police Council and the constitution of the Governing Council of the National Human Rights Commission which should include youth representation.

They urged the Federal Government to consider a one-year tuition fees palliative as compensation to the students who have been disadvantaged due to the prolonged strike action and to take concrete steps to end the incessant strikes by the Academic Staff Union of Universities (ASUU).

The Young Parliamentarians in their further submissions: “Call on the Federal Government to revamp and put into use all the 11 Citizenship and Leadership Training Centres across the country and establish new ones in the states where there is none.

“Call on Federal Government to improve access of young persons and women to government and decision-making process. Also, the government should empower youth and women through special social development and mentorship programmes.

“There is the need for enlightenment programmes by agencies such as the National Orientation Agency (NOA) to educate and enlighten the general public on the dangers of drug abuse, sexual harassment and gender-based violence.

“In conclusion, we note that the current situation begs for dialogue, justice and reconciliation. We implore the Federal Government to provide leadership in national reconciliation, peace and justice through inclusive and transparent dialogues with citizens and ensure individuals and institutions who violate constitutionally guaranteed rights are held to account. We urge the protesters to remain law-abiding citizens and peaceful”.