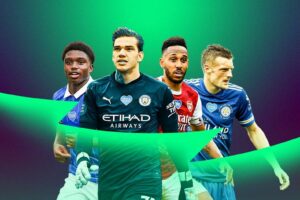 For football lovers and fans of the English Premier League teams, the league has announced the return of its Fantasy Premier League.

The game players can build their own team and coach like Liverpool’s boss, Jurgen Klopp, only that winning the league with 100 points might be a dream left hanging.

According to the press statement by the Premier League’s organiser, “You can register your team ahead of the start of the new campaign, which kicks off on Saturday 12 September.

“With a £100million budget to spend and unlimited transfers to consider until Gameweek 1 you can use the next four weeks to tinker with potential team selections.

Anyways, here are some more posers from the statement; “Will Fantasy Premier League’s top scorer from last season, Kevin De Bruyne (£11.5m), be the first player you pick for your squad?

“Or will you back one of the new signings to the Premier League like Chelsea forward Timo Werner (£9.5m)?

“You can start to ponder these decisions with all player prices for 2020/21 now available at fantasy.premierleague.com.”

How to play classic or head-to-head

“Fantasy Premier League enables you to create and join up to 20 private leagues with friends.

“You can play in classic leagues, with total points deciding the rankings, or take part in head-to-head leagues, where managers duel each Gameweek, earning three points for a win and one for a draw.

“And remember, how early you register can influence the chance of winning your mini-leagues as well as prizes.”

“Wildcard – Completely overhaul your team without forfeiting points (twice a season); Triple captain – Get three times your points total for your captain; Bench boost – Earn points from your non-playing substitutes; Free Hit – Reset your team for one week only before it reverts (available from Gameweek 2)”

However, there was one change included for the new season; “the Gameweek deadline is now 90 minutes before the first match kicks off, rather than 60” from last season.

The post Fantasy Premier League back for 2020/21, one change included appeared first on Vanguard News .