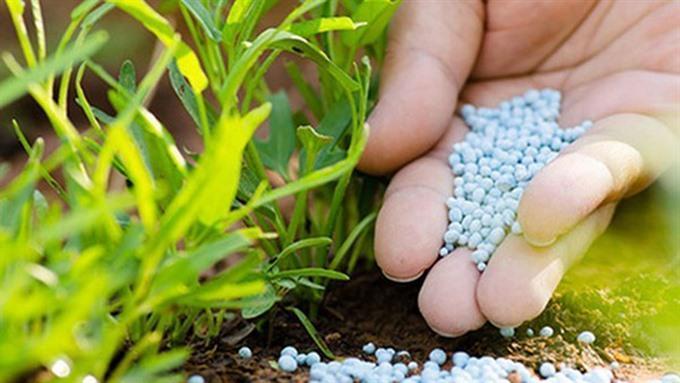 Expectations that the 3 million-metric-ton Dangote Fertiliser plant will come on stream next year is giving hope to farmers across Nigeria, who have over the years struggled with expensive and inadequate supply of fertilisers which at times also come at inferior qualities. A comment this week, attributed to a top executive at a firm involved in constructing the Dangote Fertiliser plant, has suggested it will be ready for operations in 2021.

“The 2021 start date for Dangote Fertiliser is what I would refer to as light at the end of the tunnel. Though still a few months away, it is bound to alleviate the pains of farmers,” said Folake Aina, managing director, VD&S Farmers’ Centre, which retails agricultural inputs and offers advisory services to farmers in Epe area of Lagos.

Farm productivity in Nigeria has ranked among the lowest in the world, for instance, with output for different crops from maize to tomato, rice, cassava and any crop one could mention falling below world averages. While output is not entirely due to fertiliser, its usage or non-usage contributes significantly to output.

In June 2006, part of the resolutions adopted by the African Union Special Summit of the Heads of State and Government in the famed ‘Abuja Declaration on Fertiliser for the African Green Revolution’ sought to increase fertiliser usage across the continent from 8 kilograms to 50 kilograms of nutrients per hectare by 2015. It is currently estimated that Nigeria only uses about 23kg (less than 50 percent of this target).

With Dangote coming on stream with 3 million metric tons per annum of Urea, this will cover about half of the country’s fertiliser needs, putting the direly needed input within reach of more farmers and helping to take the country closer to food security. The facility, located in Ibeju Lekki Free Trade Zone in Lagos, is the largest fertiliser plant in West Africa, according to the company.

“The emergence of Dangote Fertiliser will impact the supply greatly and farmers will be able to access fertilisers more readily and probably at more affordable prices,” said Kabiru Ibrahim, national president, All Farmers Association of Nigeria (AFAN), in a Whatsapp chat.

According to Ibrahim, going by the company’s antecedents in cement, it is expected to make fertiliser available to the smallholder farmers readily and at an affordable price.

“The Nigerian farmers look forward to fertiliser becoming available like Coca-Cola,” he enthused.

Phase 1 one of the Dangote Fertiliser project which is estimated to cost $2.5 billion is to manufacture 3 million metric tons per annum of Urea. The capacity will later be expanded to produce multi grades of fertilisers to meet soil, crop and climate-specific requirement for the African continent, according to a project fact sheet shared with BusinessDay.

Africanfarmer Mogaji, chairman, Agric & Agro-Allied Group, Lagos Chamber of Commerce and Industry (LCCI), reckons that the Dangote Fertiliser plant will be a game changer in the agric space when it takes off.

“We can get quality because that is the biggest challenge in the sector,” Mogaji told BusinessDay. “Most of the fertilisers we have contain a lot of fillers used to beef up the product (in a misleading way). Most times when you have the NPK 15-15-15, it is mostly like 7-7-7 or 10-10-10, so farmers have to use double to get the required results.”

This negates efforts of farmers who use single applications, where, for instance, a farmer who should uses 10 bags of the substandard fertilisers per hectare should in fact be using 20 bags.

“For a long time, farmers have been agitated over the lack of fertilisers for their planting. This scarcity has led to astronomical increase in the prices of little available quantity, making the business tougher and less profitable for farmers,” said Aina of VD&S Farmers’ Centre.

Like other farmers, input suppliers and stakeholders in the sector, she expressed optimism that the facility would lead to a surge in agricultural output in the country, and with this, a likelihood of reduced cost of food items for individuals and manufacturers who use agricultural inputs.