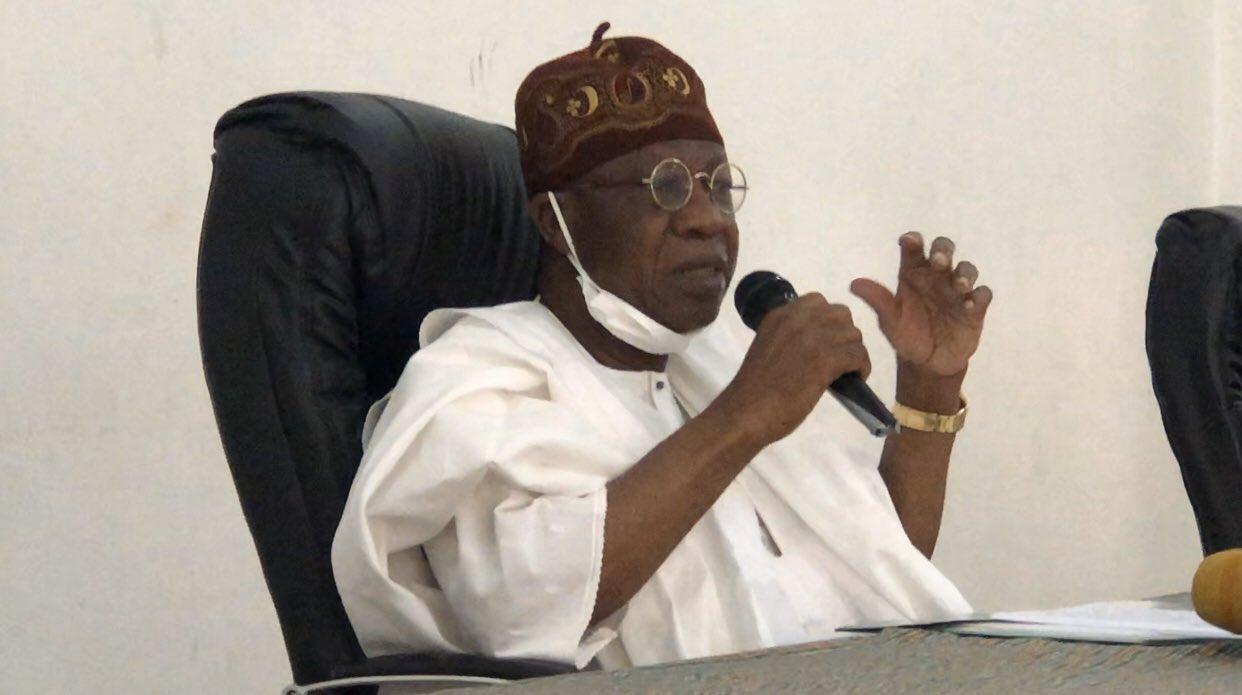 Minister of Information and Culture, Lai Mohammed, on Wednesday said the federal government is targeting about $1b from sale of  spectrum that would be vacated once the ongoing analogue to digital migration under the digital switch over system, DSO, has been completed.
The Minister stated this in the Ministerial Performance Report of the Federal Ministry of Information and Culture, covering the period Aug.
2019 to June 2020, to the Federal Executive Council (FEC) predided over by President Muhammadu Buhari, at the Presidential Villa, Abuja.
Mohammed  who identified
the Digital Switch Over (DSO) in
broadcasting, as the “number one job creator under the Ministry” ,  revealed that  the Digital Switch Over (DSO) in broadcasting, will also create 1 million jobs in the next three
years through the manufacturing of set-top-boxes (decoders) and TV
sets, TV and Film production, as well as TV and Online advertising and
Data, among others.
The Ministry has so far rolled out the DSO in five states, including  Enugu, Osun, Kwara, Kaduna and Plateau States, as well as the Federal Capital Territory.
“We are now set to extend the rollout to all parts of the country.
He stated that ” the  DSO will also fetch $100 Million from the collection of TV licences and Digital Access Fess, as well as $1 billion from the
sale of the spectrum that would be vacated once the Analogue to
Digital migration has been completed
Mohammed,s  presentation had  centred around the 8 deliverables handed over to the Ministry, under the Ministerial Mandates, made in August, 2019 at the inception of the current  second tenure of the Buhari administration.
The mandate innclude the execution of a proactive media strategy
to communicate the policies and achievements of government; promoting tourism and  positive Nigerian brand through local content in film, music. software, arts and fashion as well as job creation.
He disclosed that at the  core of the presentation is the creation of
jobs, considering the negative impact
of Covid-19 on the economy.
” While the pandemic has affected all
sectors in Nigeria and around the world, it has hit the Creative
Industry harder than any other sector, because the industry is the
most people-centred.
“With social distancing and the ban on mass gathering, the industry is now grappling at straws.
Mohammed noted that despite the challenges, the Ministry of Information and Culture is set to create over 2 million jobs within the next three years.
He said the ongoing reform of the Broadcast and Advertising Industries
is aimed at strengthening the industries so they can live up to their
billing and generate more job opportunities. In the broadcast
industry, the reform will, among others, propel revolutionary
advantages in the area of promoting entrepreneurship in the local
industry.
“As for the Advertising Sector, bringing Nigeria’s TV advertisement market to what it should be, which is three times its current size, could result in additional $200-$400 million revenue to the industry, in addition to creating thousands of jobs.
“Then, of course, the Cultural Industries Centres, which are scattered all over the country, are capable of creating 500,000 jobs within the next three years, just as we can have some 100,000 jobs from the
restoration of our museums, especially in Lagos, Plateau and Kwara.
” Altogether we have the potential to create more than 2 million jobs
within the next three years, and to create more in subsequent years –
thus contributing to the realization of Mr. President’s promise to
take 100 million Nigerians out of poverty in the next 10 years.