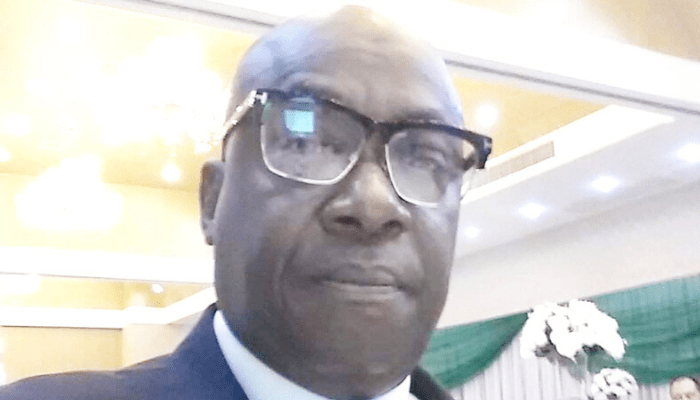 Reactions have continued to trail the likely impact on Nigeria’s automotive industry following the federal government’s directives to its ministries, departments and agencies (MDAs) to stop further purchase of official vehicles in the current 2020 fiscal year.
President Muhammadu Buhari had during his last speech on the National Economic Sustainability Plan (NESP), said. there will be no more purchase of vehicles as part of measures to cut non-essential spending and reduce cost of governance.

Femi Adesina, media aide to the president explained that only ambulances, fire-fighting vehicles and other essentials are exempted from the ban on the purchase of vehicles.
Responding to the federal government’s ban on purchase of vehicles by its ministries, departments and agencies, Luqman Mamudu, former director of policy and planning,National Automotive Design & Development Council (NADDC) and chief executive officer and managing partner at Transtech Industrial Consulting told BusinessDay that it is definitely proper for government to curtail expenditures on non-critical expenditure at this very challenging period.

Luqman Mamudu said that, ordinarily, it should negatively impact demand for vehicles assembled in Nigeria under the Nigeria Automotive Industrial Development Plan (NAIDP), but it probably won’t because patronage from this source have been negligible over the years. Furthermore, it seems that the budget cut statement ring-fenced special projects from which local assemblers have benefitted.
The former NADDC official recalled that before now, the Nigerian army and a few other MDAs have over recent years steadily increased their patronage of locally assembled automobiles and this must be applauded.
According to him, ‘’The federal and state governments and even the legislative arm of government have largely demonstrated insufficient level of commitment in this regard’’.

This is surprising because the Nigeria’s automotive program has attracted sufficient global representation in automotive technology for assembly and manufacturing in Nigeria.
Unfortunately, there seem to be an overwhelming preference by MDAs and governments for equivalent imported global brands. It’s particularly painful because these same brands have till date held back from meaningful investment in Nigeria. This is not fair to investors.
In his submission, the procurement act clearly directs all MDAs to source automotive vehicular needs locally except in instances where these vehicles are of special make and not locally assembled.
Mamudu called on the federal government to be strict on this measure aimed to grow local content and diversify the economy, pointing out that, the certificate of NO-OBJECTION by the Bureau of Public Procurement (BPP) should be respected by all.

The clog in the wheel of automotive manufacturers and assemblers in the country he stated is the overwhelming and unregulated in-flow of used vehicles into the Nigerian market.
In 2019 alone, the country had an import bill of about N1.06 trillion of used automobiles and motorcycles. This is­ over 90 percent of total automotive market share of the year.
This makes it near impossible for a local automotive industry to survive and grow under these circumstances as new vehicles cannot compete with used vehicles; especially the ones refered to as first grade tokunbo vehicles. These used vehicles pools of nations with an automotive industry he noted are derived locally, not imported.

Describing the agency as an the institutional framework for implementation of Nigeria automotive program, the former director of policy and planning of the agency said that NADDC should hasten partnership with the relevant agencies to launch an intervention fund for Nigerians to buy automobiles on low-cost credit and pay over a comfortable period.

This he argues remains a priority and critical enabler as such fund will particularly unleash the installed capacity of commercial vehicle assembly and manufacturing where Nigeria has demonstrated strength with local content hovering in the neighbourhood of 50 percent on the average.
‘’Once the federal government successfully launches this intervention credit scheme as already provided for under the NAIDP framework, the demand for imported used vehicles will be reversed’’. Mamudu concluded.