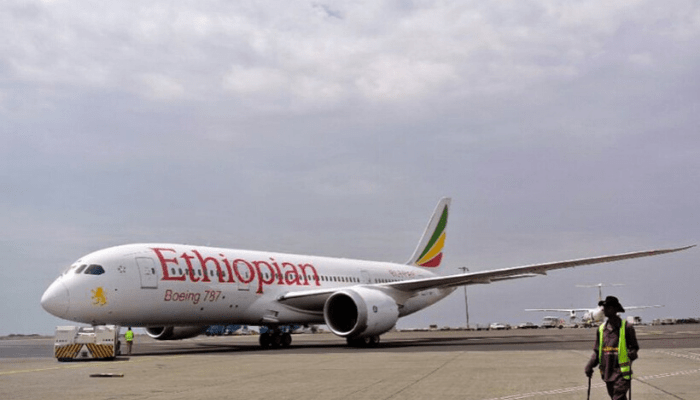 An Ethiopian Airlines Boeing 777F has caught fire at Shanghai Pudong Airport while cargo was being loaded.

The airline in a statement said that the aircraft is registered ET-ARH and was on a regularly scheduled cargo service from Shanghai Pudong to Sao Paolo, and onward to Santiago.

The airline confirmed that the fire has been contained and that all ground staff and flying crew are safe, it adds.

There are images being shared on social media of the aircraft with smoke pouring from the fuselage as the fire seems to have burnt through the main cargo deck and right through the roof.

Firefighters on the videos are on the scene attempting to get the blaze under control. No injuries have been reported, but the cause of the fire remains unknown while Ethiopian says it is working with the relevant authorities to investigate the incident.

ET-ARH is a five-year-old Boeing 777F, which has been with Ethiopian since it was built. The aircraft is already listed on Aviation Safety Network as being written off, despite firefighters still working to tackle the blaze.