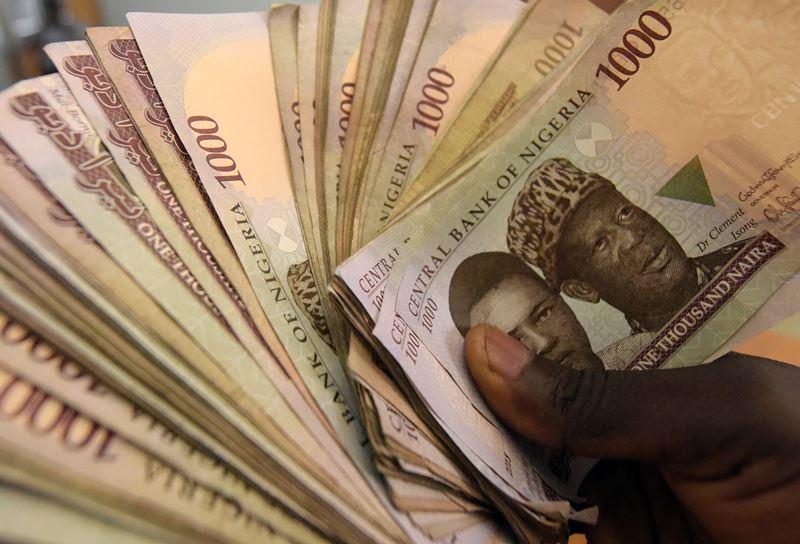 There was a significant improvement in the foreign exchange liquidity at the Investors and Exporters (I&E) forex window on Friday as the daily turnover rose by 95.78 percent to $59.34 million from $30.31 million recorded on Thursday.
The foreign exchange market continues to experience significant pressures as a result of low oil prices and remittances occasioned by the COVID-19 pandemic.
Naira closed flat at N386.00 per dollar. Analysts at FSDH Research said most participants maintained bids between N381.37 and N386.00 per dollar.
The local currency on Saturday remained stable as the dollar was sold at N476 and N477 on the black market and Bureau De Change (BDC) segment of the foreign exchange market.
At the money market, the Nigerian treasury bills (NT-bills) closed on a flat note on Friday with average yield across the curve remaining unchanged at 1.54 percent. In spite of a buoyant system liquidly in the market, the NT-bills market was quiet compared to Friday’s trading session.
In the Open Market Operation (OMO) bills market, the average yield across the curve declined by 16 bps to close at 3.59 percent.
The Overnight (O/N) rate declined by 3.68 percent to close at 2.63 percent. The Open Buy Back (OBB) rate also declined by 3.60 percent to close at 2.00 percent.
“We expect the money market rates to remain at current levels, barring any significant funding pressure by the market participants,” analysts at FSDH Research said.
The FGN bond market closed on a negative note on Friday, as the average bond yield across the curve cleared higher by 5 bps to close at 4.81 percent.
At FGN Saving Bond Auction for August 2020, the DMO allotted bonds worth N517.924 million across the two-year (N137.375 million) and three-year (N380.549 million) tenors at coupon rates of 3.610 percent (-52 bps) and 4.610 percent (-52 bps), respectively. Allotment for a two-year bond increased by 75 percent to N137.375 million from N78.672 million allotted in the last auction and allotment for three-year bonds increased by 84 percent to N380.549 million from N206.307 million allotted in the previous auction. Savings bond auction was halted for four months since April 2020 due to the COVID-19 pandemic.