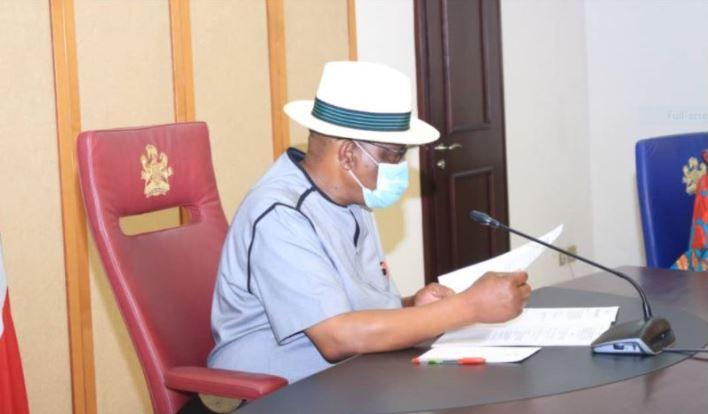 Governor Nyesom Wike of Rivers State has berated the Port Harcourt Refinery Limited for not supporting the State government in its fight against coronavirus pandemic. He wondered how the refinery management would now come knocking for help.

The governor spoke when the managing director of the Port Harcourt Refining, Ahmed Dikko, led the management team of the company on a courtesy visit at Government House, Port Harcourt

The governor said: “During the pandemic lockdown, all I saw were requests. You asked for approval for the movement of your products. You did not support the government to fight COVID-19 pandemic. Now you want government to help you to stop land encroachment but you will not support us.

“However, as a government, we shall continue to carry out our social contract with the people by supporting corporate organisations to carry out their legitimate businesses, ” he added.

Gov Wike also urged the Refinery and other companies operating in the State to build strategic partnership with Government to promote rapid development.

He said such partnerships would make business activities to thrive in the interest of the organisations and Rivers people.

The governor noted that there are many areas of mutual interests that could be explored in a State that is the headquarters of the hydrocarbon industry.

He enjoined the company to rehabilitate the access road leading to their operational base.
“Each time I go to Okrika and get to the Refinery, I get uncomfortable. You have such a company yet the road leading to your establishment is very bad.

“Why is it that nobody has bothered? Is it because it is in Port Harcourt? Would anybody have agreed if it were in another State?

“Now that you are budgeting to rehabilitate the refinery, you should include the Road,” he stated.

He announced that government had paid 40 percent mobilization fee to the contractor handling the Woji-Aleto-Alesa-Refinery Road project.

The MD said their visit was to inform government about the strategic actions taken by the management to revitalise the Port Harcourt Refining Company.

According to him, the processes of tendering and selection of contractors that will carry out the rehabilitation of the refinery is in progress.

He assured that the rehabilitation and upgrade at the Port Harcourt Refinery would be concluded in the first quarter of 2023.