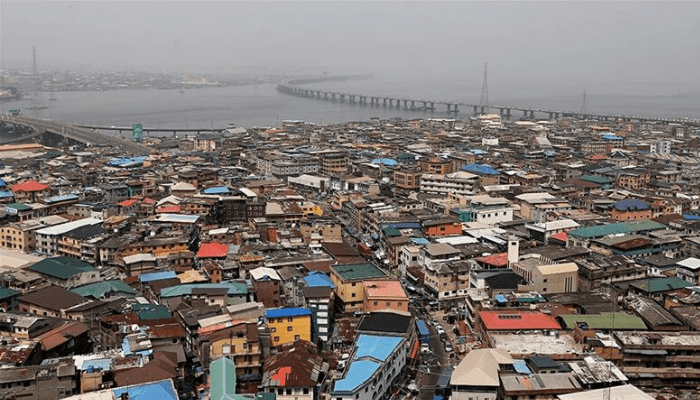 A report by Pison Housing Company on ‘The State of Lagos Housing Market’ classifies Lagos, Nigeria’s commercial nerve centre, as an active rental market where about 60 percent of the state’s 20 million residents live in rented accommodation.

This means that demand for houses for rent in the state, which the report says has housing deficit estimated at 3million units, must be high. By simple economics, price (rents) in this market must also be high. The report adds that the residents spend about 50 percent of their income on house rents.

Lagos is such that whether the story is about house prices or about rents, what is on offer in the city compares favourably with what obtains in the most expensive housing markets globally. Lagos is where, even in its slum areas, residents struggle to pay for small-size family apartments such as 1 and 2-bedroom apartments.

In the highbrow areas of the state, rents for 1 and 2-bedroom apartments range from N2.5 million to N4 million per annum. At the suburbs, these go for between N200,000 and N400,000 and the prospective tenant is required to pay upfront, mostly for two years.

These reasons explain, in part, why the state government came up with a housing scheme which is not only affordable, but also convenient and progressive as it gradually leads a subscriber eventually to homeownership.

Known as Rent-to-Own, the housing scheme, which is an off-shoot of the Lagos Home Ownership Mortgage Scheme (LagosHOMS),requires a subscriber to pay just 5 percent of the value of any house he wants to rent-to-own as his equity contribution and the balance spread over 10 years.

This way, gradually but steadily, the state government is changing the home-ownership story of the residents. The scheme, which was launched in 2016 with special focus on first time home buyers, entered the housing market with 4,355 housing units it inherited from the mortgage scheme.

The last one year of the Governor Babajide Sanwo-Olu administration in the state has not only strengthened the scheme, but also given it greater impetus in terms of project delivery.

“In the last one year, this administration has strengthened its policy of delivering homes to Lagosians through a convenient mortgage system tagged Rent-to-Own,” Moruf Akinderu-Fatai, the state’s Commissioner for Housing, said at a ministerial briefing to mark Governor Babajide Sanwo-Olu’s one year in office.

He disclosed that besides the 600 beneficiaries recorded for the state’s mortgage schemes, Rent-to-Own scheme has also recorded 1,230 beneficiaries, giving over 9,000 Lagos residents that have benefitted from the two schemes.

It was an emotion-laden event in February this year when Sanwo-Olu handed over keys to 492 families who were beneficiaries of the scheme at Lateef Jakande Garden Estate in Igando as certified by the State Mortgage Board.

One of the beneficiaries, a 56-year old widow, Fatimat Kosoko, could not hold back her emotion when her name was announced as a beneficiary of the scheme.

Kosoko, a mother of four and staff of the state Ministry of Education, said the scheme had brought relief to her family, eight years after she had been struggling to provide decent accommodation for her children, following her husband’s death.

Akinderu-Fatai noted that this scheme has helped to reduce housing deficit in the state; promote mortgage culture; keep default rate to the barest minimum, and ensure that the existing schemes are in clean and habitable condition.

Apart from the Rent-to-Own scheme, Lagos is also delivering housing for other residents of the state some of whom already have their second or third feet on the property ladder. These include middle and upper class members of the society.

The Sanwo-Olu administration in the last 12 months completed and delivered some of these schemes. Among them were the Courtland Luxury Villas, Igbokushu in Lekki and Lekki Apartments located at Freedom Way Junction, Lekki Phase1.

“Apart from the home units added to the existing housing stock thereby reducing the housing deficit, the project is remarkable as it boasts amenities such as swimming pool, ample car park, community hall, 24-hour security, 5-aside football pitch, as well as water and sewage treatment plant,” the commissioner said.