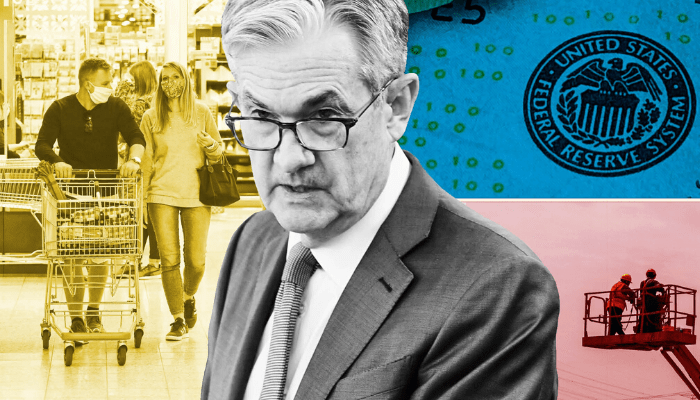 Germany’s economy is facing its most severe postwar recession, but it has still come through the coronavirus pandemic less damaged than other leading European countries. On Wednesday investors will get a progress check with the release of unemployment and retail sales data for June and May, respectively.

Jobless numbers have already been rising, jumping by 238,000 between April and May and pushing the unemployment rate up from 5.8 per cent to 6.3 per cent, its highest level since 2016.

However, the German job market entered the crisis with almost full employment and it has been shielded from the fallout from the pandemic by the more than 10m people who have applied for the government’s furlough scheme.

Economists worry that such support has delayed, rather than averted, a much bigger hit to German jobs. “Looking ahead, higher unemployment, insolvencies and weak external demand are likely to put a cap on the pace of the recovery once the technical V-shaped rebound is behind us,” said Carsten Brzeski, an economist at ING.

Much will depend on whether German consumers start spending again. Last week there were some encouraging signs after research institute GfK’s consumer sentiment index rose by 9 points from its June forecast, although it remains deep in negative territory at a minus 9.6 point projection for July.
Hopes of a rapid rebound have helped Germany’s Dax stock index gain more than 40 per cent since its low in March, when coronavirus tore through global markets. But it has stumbled in recent days on worries about a Covid-19 outbreak among more than 1,500 workers at a German abattoir and the collapse of Wirecard, the country’s biggest payments provider. Martin Arnold

How much more support will the Fed provide?

Federal Reserve chairman Jay Powell struck a decidedly dovish tone at the press conference that followed the US central bank’s most recent monetary policy meeting earlier this month. He emphasised the bleakness of the economic outlook as a result of the coronavirus outbreak, and the long period of time it would take for the labour market to heal fully.

Mr Powell was explicit in his assurance that the Fed would not consider raising interest rates and that, if anything, additional support was more likely.

On Wednesday, when the minutes of June’s policy meeting are released, investors will get additional details about how the chairman and his colleagues view not only the prospects of a full recovery but also the risks to those forecasts and what more they think can be done to limit them.

The jobs report for June, released on Thursday ahead of a public holiday on Friday, will help to determine if such measures are needed. Last month’s report surprised market participants by revealing that US employers boosted hiring in May, with 2.5m jobs added against a forecast of up to 8m losses. But economists have cautioned that any further progress is likely to be slow.

Investors have emphasised the need for the Fed to consider a more explicit form of so-called forward guidance, which tethers policy-rate adjustments to inflation, growth or unemployment metrics. Some have also thrown their support behind a policy known as “yield curve control,” under which the Fed sets targets for government bond yields.

While the central bank has not explicitly signalled it will pursue such policies, it has not ruled anything out. Colby Smith

China will release its official manufacturing purchasing managers’ index for June on Tuesday. Economists expect the closely watched gauge of sentiment to hold at 50.6, just above the 50-point threshold separating growth from contraction.

However, global markets have been volatile over the past week as viral outbreaks in the US threaten further lockdowns in cities across that country. Some strategists are concerned that events in the world’s biggest economy could start to drag on China’s rebound, via a fall in orders for Chinese products.

Iris Pang, greater China chief economist at ING, said export orders were important to ensure the nation’s factories kept busy in June. China’s domestic growth was unlikely to mount a strong recovery in the second half of 2020, Ms Pang warned, unless Beijing further relaxes social-distancing measures and export orders remain strong from key markets such as the US. She estimated that the PMI for services, due out on Friday, was likely to weaken slightly from 55 in May to just above 54 in June.

“For China itself, we’re quite confident . . . the probability of a second wave [of infections] seems to be quite small,” Ms Pang said. “But in the US and some places in Europe people are still reluctant to wear masks. It’s not in their culture, so the chances of infection are higher than in Asia.”