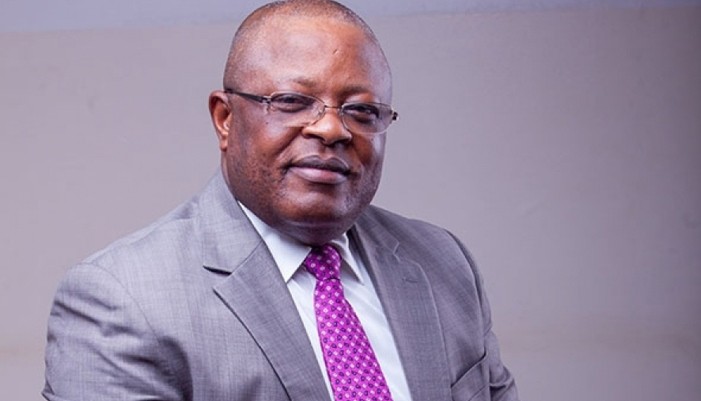 Chairman southeast governor’s forum and governor of Ebonyi State Engr, David Umahi Sunday vowed to fight those who are fighting his government, saying he is not afraid of anybody but only giving them respect.

“let me tell you, I am not afraid of anybody but I respect everybody. But I have said that if God sent me, this will be the last fight in this state”.

He told the people that he planned his defection to APC with the former secretary to the Government of the federation Sen. Ayim Pius Ayim.

The governor who said that he also consulted other stakeholders in the State including the national assembly members before jumping out of PDP said that Ayim backed out of the plan when he ‘Umahi’ went to see President Muhammadu Buhari over the defection plan without carrying Ayim along.

He said after the wide consultations, all the Stakeholders gave their support to it and even agreed to defect with him.

He further claims that the people fighting him were the same people who fought the former governor of the State, Chief Martin Elechi in 2015.

Umahi claimed that the former Secretary to the Government of the Federation, Pius Anyim, and the first civilian Governor of the State and incumbent Senator, (PDP, Ebonyi North), Dr. Sam Egwu, have always been the people leading the war against his Government.

According to Umahi, the plan was for Anyim and other leaders to join him in APC two weeks after he must have successfully defected.

He said the anger of the federal lawmakers and other leaders was that he outsmarted them by joining APC before them, revealing that they actually wanted to join APC before him.

His words, “they were planning to ambush me. They wanted to be the ones that would lead me like a child, but it is difficult to catch the air,” he said.
On the allegations making round that Anyim gave him N5 billion to prosecute his governorship election in 2015, Umahi said, “I was a deputy governor, somebody occupying the highest position from the South East (referring to Anyim) went and arranged for a N5bn naira loan for me to prosecute the presidential election for his government. I had to sell most of my properties to pay back that money.”

“All these people that came together to fight me, they collect contracts, they collect monthly payments, they collect vehicles. And when they are asked to bring people that worked for us, they will bring their wives, children, and relations. Now, they are dressing words for us. We are in chapter one, in Chapter Two, I will publish all that I have done for the leaders of this state.”

Meanwhile, stakeholders and elders of Ebonyi State on Sunday expressed worry over the recent political tension in the State and vowed to resist all forces fighting the State Governor over his new political sojourn.

In a communique raised after the stakeholders meeting , read by Prof Mike Awoke, the commissioner federal complains commission, Abakaliki the Stakeholders commended Governor Umahi for taking the bold step to return Ndigbo to the mainstream of Nigeria politics.

“That we are worried by the alarm raised by the Governor of Ebonyi State, Engr. David Nweze Umahi on the plot of some politicians to unleash terror and destabilize the security of the state and therefore reiterate that as stakeholders and elders of the state, we cannot fold our hands and watch the state go into flames again after the hard-earned peace and harmony we achieved under the present administration.