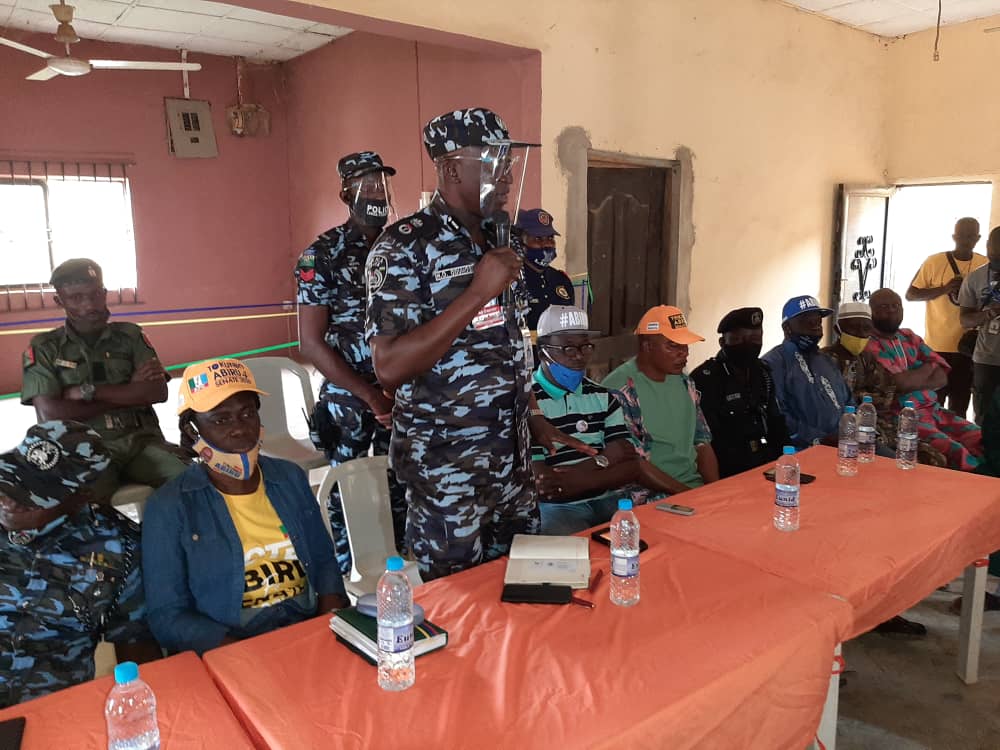 Following the crash which occurred in Igbo-Olomu, West Local Council Development Area (LCDA), Lagos State, on Thursday, the Commissioner of Police, Lagos State, CP Hakeem Odumosu, has met with the warring parties in the area in order to broker peace.

Two fielding groups had clashed on Thursday over the rejection of sales of illicit drugs in Igbo-Olomu and the aftermath of the crash led to an undisclosed number of people being injured and some undisclosed suspected deaths while some shanties were also set ablaze.

Also read: Group to sensitise Ikorodu youths on dangers of engaging in crimes

The CP organised a reconciliatory meeting, which held on Friday, and witnessed by the Chairman of Ikorodu West LCDA, Hon. Princess Jumoke Ademehin, the Leader of the LCDA arm of government, Hon Agbaje Olomu, community leaders from the Yoruba and Hausa communities including the Serki Hausawa of Ikorodu Division, Alhaji Shittu Idris, the Chief Imam Arewa Ikorodu Division Malam Aminu, Engineer Adeleke Azeez, Mr SO Oyeniran among others.

The CP appealed to them to tolerate one another and embrace peace in order to promote mutual co-existence in the areas.

The two groups condemned the ugly incident and agreed to reconcile and embrace peace after the meeting while the Commissioner of Police assured them of creating a Police Post, after due consultation with the LCDA Chairman, in the area to take policing to their doorsteps and cater for their security needs.

The Chairman of Ikorodu West LCDA, Hon Princess Jumoke Ademehin appreciated the Commissioner of Police for his time and commitment to the maintenance of law and order in the state; and assured the police boss of further efforts to foster peace among the groups in the area.