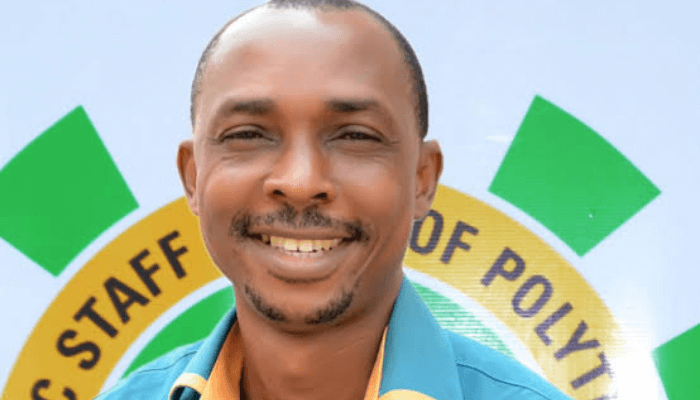 Academic Staff Union of Polytechnics (ASUP) has observed that Governor Okezie Ikpeazu’s renewed effort to discuss issues of Abia Polytechnic with the body, inspires hope for the implementation of resolutions reached.

He observed that although past committees empanelled to resolve problems in the institution did not bring lasting solutions to Abia Polytechnic’s challenges, the new effort is expected to bear fruit.“As a trade union, we are not unaware of what has been happening in Abia State Polytechnic; we are fully in the picture.

“But one good thing is that there seems to be a renewed commitment on the part of the governor, to depart from the current trend of not taking desired actions in the institution.“This came about because we took them to the Human Rights Commission, so this is some of the outcomes.

“We think that this mini-conference, which the governor will be its chairman, will give all the parties opportunity to sincerely interrogate our roles in this crisis and proffer solutions, collectively.

“As an academic union, we should not stop at identifying challenges, we should also come to the table with models for resolution on a sustainable basis.

“We believe the government is committed to its citizens’ welfare; I can say we don’t have a choice than to give the government the benefit of the doubt that it will do the needful and at the end, whatever we resolved, they will commit to implementation”, he said.

Another point that raised ASUP’s hopes of a productive meeting, according to Ezeibe, is that the Union would anchor the conference with the State governor in attendance. He said although ASUP took the matter to the National Human Rights Commission, (NHRC), it is open to other means of reaching resolutions to proffer sustainable solutions.

Ezeibe explained that major issues to be deliberated upon would include the levels of governance at the management, the governing council and the State Government, which is affecting the institution’s progress.“Irrespective of the amount of money you push into the system, as long as there are issues at the respective levels of governance, you may just be pouring water into a basket.

“The critical issue among all the issues is that of governance at all levels because that is what brought us to this point in Abia State Polytechnic.“And then the issue of funding model; you have to develop a funding model that will be sustainable and help the institution to get appropriate funding.

“Such funding that will meet its overhead and personnel costs. These are the two issues that we would be going to the discussion table with”, he stated.

Past committees set up by Ikpeazu’s administration to resolve the challenges faced by the institution failed to produce a lasting solution.