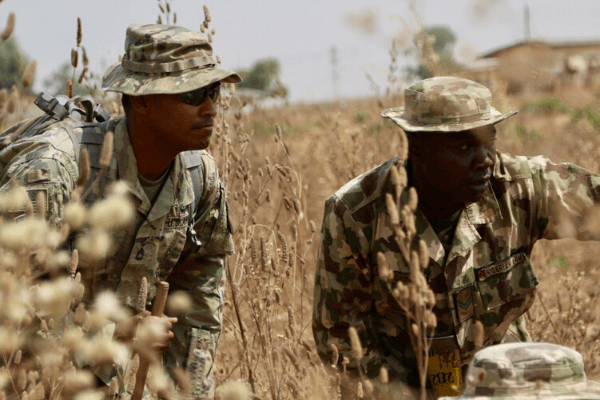 Atleast 17 bandits have been killed in an encounter with troops of Operation Sahel Sanity in Jibia LGA of Katsina State, the Nigerian military said on Sunday.

The military also announced with regrets that three soldiers, including an officer, were killed while four other soldiers were wounded in action during the encounter which occurred 18 July.

Benard Onyeuko, Ag director,
Defence Media Operations (DMO), who disclosed this in a statement explained that the troops with support of Air Task Force captured one of the notorious armed bandits strongholds located deep in the forest in Jibia

He further disclosed that on 18 July, troops conducting fighting patrol along Faskari – Sheme-Dandume Road in the State, arrested five suspected bandits including one female.

According to him, one of the suspects, Bashir Usman, who claimed to be a policeman during interrogation could not validate his claim with any form of identification was apprehended with one AK 47 Rifle loaded with 28 rounds of ammunition while riding on a motorcycle.

“Other items recovered from him include one handset and the sum of Six Thousand Three Hundred and Fifty Naira (N6,350. 00) only. Suspects are presently undergoing preliminary interrogation”, he said.

The director also informed that on 17 July 2020, troops rescued two kidnap victims aged 16 and 10 in Batsari and Bagega areas of Katsina respectively.