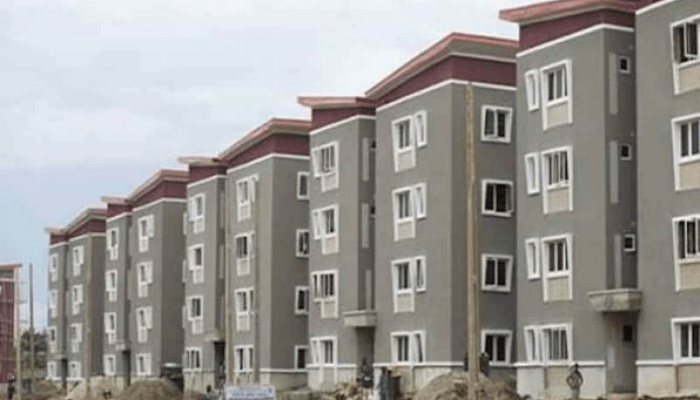 Despite the low entry barrier which contrasts sharply with the traditional way of buying and owning a house, subscriber-interest in rent-to-own housing schemes remains low, leading to high vacancy rate in some of the housing estates dedicated to the schemes.

Analysts say that the main attraction for these schemes is the prospect of owning a house at the end of a rental period. This is complemented by the acceptance of low equity contribution or initial deposit which, is some cases, is as low as 0-5 percent. It can, however, be as high as 10-20 percent.

According to the experts, this attraction diminishes for reasons bordering on property location, period of time for paying the rent leading to property ownership, long and cumbersome processes on paperwork, and developer’s credibility or/and market acceptance.

Natanelflorens Limited, a premium alternative asset investment company with focus on real estate, which prided itself as the pioneer of rent-to-own scheme in Nigeria, entered the housing market, offering subscribers 0 percent interest with a promise to deliver 250,000 housing units annually to sustain the scheme.

“We believe Rent-to-Own housing scheme is the only answer to housing challenge in Nigeria,” Yinka Daramola, the company’s Executive Director, and Chief Marketing Officer, explained to BusinessDay in an interview.

Daramola believed that gainfully employed Nigerians have a right to own their own properties with ease, pointing out that, in a country where over 80 percent of the population are tenants, there is indeed cause for worry. In collaboration with developers, the company has done many housing estates dedicated to the scheme.

But, for some reasons that range from waning interest to market acceptability, the company has been inactive and less visible in the Lagos housing market where it has strong presence in terms of developments.

Analysts point out, however, that part of the reasons for the low interest in rent-to-own scheme is because it comes with a significant risk to buyers. “If the owner of the property gets foreclosed on, the tenant (subscriber) will be forced to leave. The contract will be forfeited and he will have to buy the home from the bank,” Stanley Ogbeifun, a property management consultant, argued.

Ogbeifun noted that, like everything else, the scheme also has its good sides, citing the Federal Mortgage Bank of Nigeria (FMBN) and the Lagos State government schemes which have mortgage components that make them accessible and relatively affordable.

The Lagos State scheme, which was launched in 2016 with special focus on first time home buyers, entered the housing market with 4,355 housing units it inherited from the Lagos Home Ownership Mortgage Scheme (LagosHOMS).

“In the last one year, this administration has strengthened its policy of delivering homes to Lagosians through a convenient mortgage system tagged rent-to-own,” Moruf Akinderu-Fatai, the state’s commissioner for housing, said recently.

The commissioner disclosed that besides the 600 beneficiaries recorded for the state’s mortgage schemes, rent-to-own scheme has also recorded 1,230 beneficiaries. This lends credence to an unconfirmed report that says the level of interest in the state’s scheme is about 6 percent.

“I think the problem is with the equity contribution which subscribers are required to make. For me, asking somebody to pay 5 percent of a house that sells for N5 million, for instance, is not too much, but you see a lot of people complaining,” a source close to the state ministry of housing told BusinessDay

Continuing, the source noted, “the houses that go for N5 million are, however, located in areas that are far from the city centre and not many people would like to live in those places. So, you see that besides equity contribution, you also have issue of location.”

To get more interest in the scheme, the source disclosed, the state government is working on the mortgage component of the scheme to accommodate the interest of the informal sector who, for now, are excluded from the scheme.