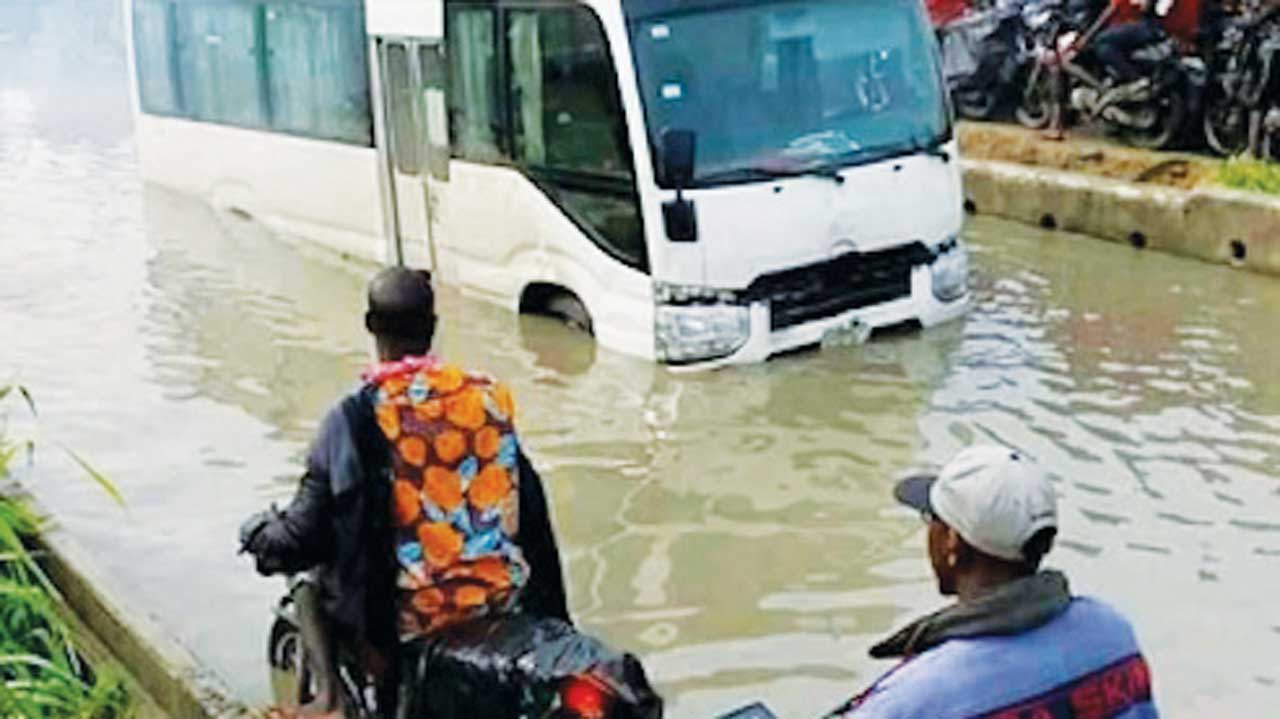 The Lagos State government at the weekend blamed the collapse of Mile 2 section of Lagos-Badagry Expressway and its attendant flooding on blocked drainage channels and called for attitudinal change on the part of the residents.
The state government, however, said it has commenced palliative works to make the road motorable for commuters who now spend hours in traffic jam occasioned by massive flooding on that section of the road.
BusinessDay reported on Friday that motorists and commuters plying the road were going through harrowing experience. Apart from the daily loss of productive man-hour in traffic, the commuters also have armed gangs to contend with, as they (bandits) take advantage of the situation to rob motorists, especially under the Mile 2 flyover.
Aramide Adeyoye, special adviser to the state governor on works and infrastructure, while inspecting the palliative works being carried out on the road by the Lagos State Public Works Corporation (LSPWC) on the Mile 2 section, stated the need for the residents to desist from indiscriminate dumping of refuse into drainages, as this reduces the life span of the various road infrastructure provided across the state.
According to her, “Though the rehabilitation and expansion work on the Lagos-Badagry Expressway is progressing, it has become necessary to intervene and make the Mile 2 section motorable for commuters plying the route.”
Speaking against the backdrop of the volume of refuse removed during the palliative works from the drains along the Mile 2 section and the attendant impact on the dilapidated state of the road, Adeyoye who visited the site in the company of the special adviser to the governor on drainage, Joe Igbokwe, called for attitudinal change by the residents.
“Any road is as good as its drains and dumping refuse inside drains does not only compromise the integrity of the asphaltic surface, it also undermines the durability of the road, especially now that the rains are here. Without a functional drainage system, the roads provided cannot be sustained”, she said.
While urging residents to ensure that the cost associated with providing, rehabilitating and maintaining roads is reduced to the barest minimum, the special adviser said there is need to ensure that when the rains are over, there would be no need to start grappling with bad roads.
“Now that a palliative is being provided, it is also important to address the root cause of the poor state of our roads by changing our habits”, she said.
She added: “By changing our habits, our roads will last longer and by refraining from indiscriminate dumping of refuse into the drains, it will prevent flooding and the attendant bad roads,” she said.
Adeyoye, while seeking the support and cooperation of Lagosians on the need to take ownership of road infrastructure, urged the residents to keep faith with the present government on implementation of its THEMES agenda.