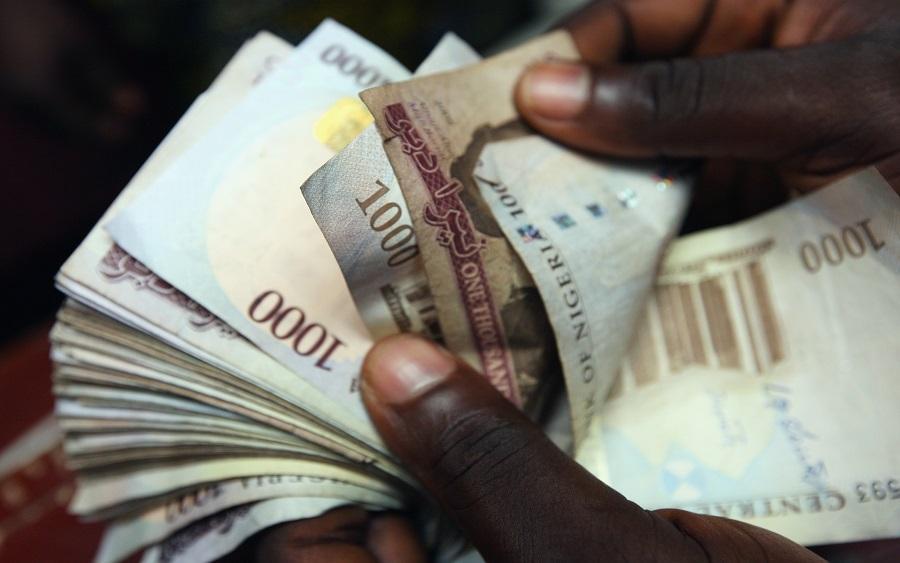 The pressure on foreign exchange liquidity continued on Wednesday as naira remained stable against the dollar at the official window and black market.
At the Investors and Exporters (I&E) forex window, naira was stable as the dollar was quoted at N388.17k on Wednesday. The market opened with an indicative rate of N388.65k, which signalled N0.15k depreciation when compared with N388.59k opened with on Tuesday, data from FMDQ showed.
The foreign exchange daily turnover declined by 59.12 percent to $12.17 million on Wednesday from $29.77 million recorded the previous day.
Analysts at FSDH Research noted that the I&E FX market remained subdued due to tight liquidity conditions.
Naira remained stable at N388.17 per dollar. Most participants maintained bids between N380.00 and N390.00 per dollar.
The local currency was stable on the black market where the dollar traded at an average rate of N471.66k and N470 in some parts of Lagos State.
However, naira weakened by N2.00k as the dollar was sold at N472 on Wednesday as against N470 traded since Friday last week at the retail Bureau.
At the money market, the Nigerian treasury bills closed on a flat note Wednesday, with average yield across the curve remaining unchanged at 1.75 percent.
In the OMO bills market, average yield across the curve declined by 26 bps to close at 4.85 percent, a report by FSDH research indicated.
The Overnight (O/N) rate declined by 0.30 percent to close at 2.50 percent. The Open Buy Back (OBB) rate also declined by 0.20 percent to close at 1.90 percent.
Money market rates are likely to remain at a subdued level; however, FX intervention by CBN could exert upward pressure on the money market rates by the end of the week.
The Debt Management Office (DMO) conducted its scheduled FGN bond auction for the reopening of the 10-year, 15-year, 30-year instruments and a new issue of a 25-year tenor bond. A total of N130 billion was offered across 10-year (N25 billion), 15-year (N35 billion), 25-year (N35 billion) and 30-year (N35 billion) tenors. The bond settlement will take place on July 24, 2020.