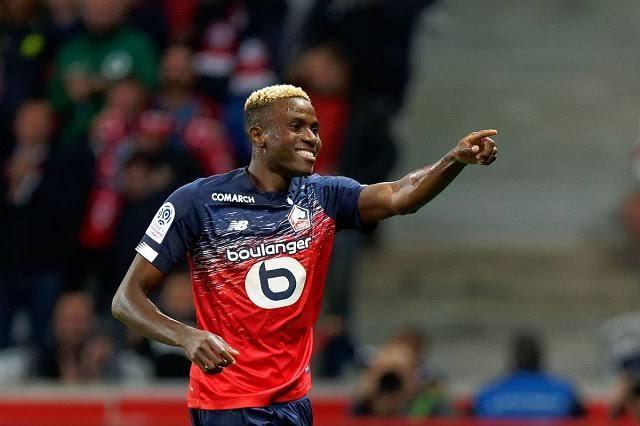 Serie A side, Napoli, have confirmed the signing of Nigerian striker Victor Osimhen from Lille for a record  fee worth £54million.

The 21-year-old arrives at the Stadio San Paolo in a deal worth €60million (£54.1m), according to reports in Italy, making him one of the most expensive African footballers of all time.

Osimhen has penned a five-year deal to join the Partenopei, with Greek goalkeeper Orestis Karnezis – formerly of Watford – heading to Lille in the other direction.

Osimhen, Nigeria international had attracted interest from several of Europe’s top clubs after scoring 13 goals in Ligue 1 and netting against Chelsea in the Champions League group stage.
€50m deal.

Tottenham, Manchester United and Liverpool have all been linked with a move for the striker, although Lille’s valuation had scared off potential suitors.

After finishing outside the Champions League qualification places following the early cancellation of the French Ligue 1 season due to the outbreak of coronavirus, Lille have now decided to cash in on Osimhen.

Osimhen is expected to replace Polish forward Arkadiusz Milik, who is likely to be sold after turning down a new contract at Napoli, with Juventus reportedly the front runners for his signature.