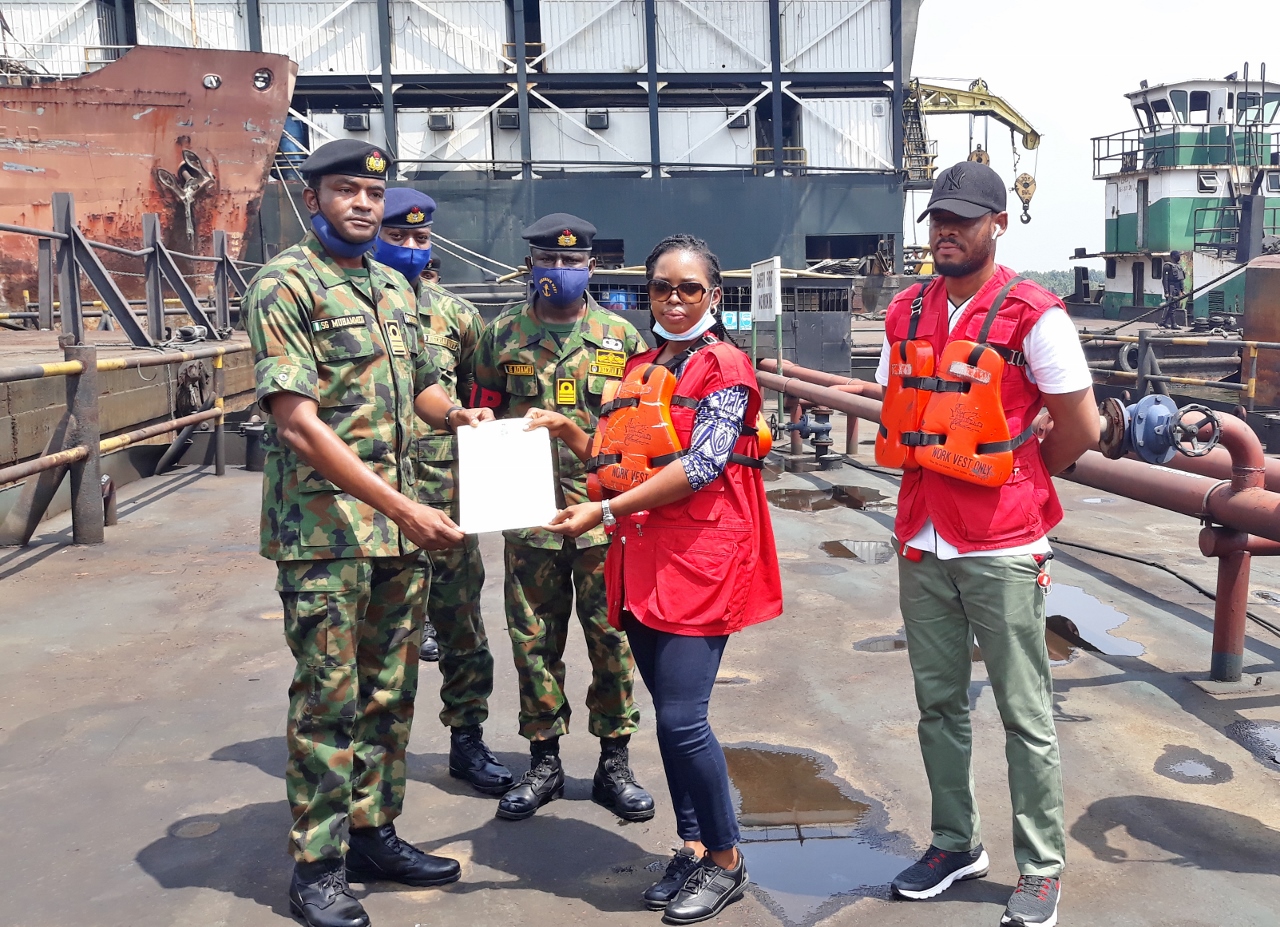 The Nigerian Navy handed over a barge laden with unspecified quantity of adulterated diesel and abandoned by suspected smugglers to the EFCC on Friday in Port Harcourt.

The barge was handed over to the EFCC by Cdr. Suleiman Mohammed, First Lieutenant, NNS Pathfinder

Mohammed said the suspected smugglers abandoned the barge, MVJ Favour 1, and fled on sighting Navy gunboats on routine patrol at the creeks in Rivers on Oct. 13.

“The suspects fled when NNS Pathfinder patrol gunboat intercepted the barge, which it suspected of engaging in illegal oil bunkering.

“The barge laden with unspecified quantity of suspected illegally refined diesel was intercepted around Abisa creek in Degema Local Government Area of Rivers.

“At the time our patrol gunboat got to the barge, there was no suspect on board and nobody has come to claim the barge,’’ he said.

Mohammed said the barge was thereafter towed to the Navy holding bay at Taraba Jetty in Port Harcourt for safe keeping and investigation.

“Navy investigators have since concluded their preliminary investigations and we are handing over the barge and diesel to the EFCC for further investigation and possible forfeiture to the Federal Government.

“The perpetrators of this illicit act are hereby warned to desist from their nefarious ways and engage themselves in legal activities.

“We are resolute and will stop at nothing until we rid Rivers of crude oil theft, illegal bunkering and other illicit activities,’’ he warned.

Receiving the barge, Miss Asikiye Lot, an operative of the Extractive Industry Fraud Section of the EFCC said the anti-graft agency would conduct its own investigation to determine the owner of the barge.

“If within two weeks, nobody shows up to claim the barge and its content, it will be forfeited to the Federal Government,’’ she added. (NAN)