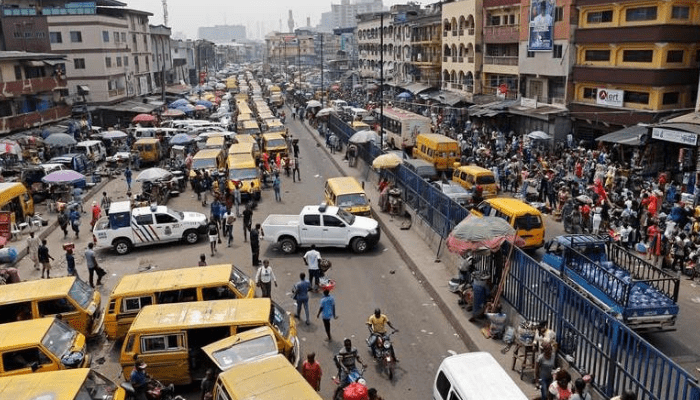 Across the different sectors of the Nigerian economy, from agriculture to finance, energy, health, media, and aviation to mention a few, businesses in Nigeria have recorded tremendous growth. This is evident in the real GDP figure which has grown by 677.05 per cent from N61.41 billion when the country gained independence to N477.16 billion in 2019. For this reason, BusinessDay spotlights the businesses in Nigeria in 60 numbers.

• The Nigerian economy is driven by 3 broad sectors
The huge growth is driven by the services sector, one of the three broad sectors in which the Nigerian economy can be categorized: primary (Agriculture), secondary (Industry), and tertiary (Services). According to Statista, the Agriculture sector contributed 21.91 per cent to GDP in 2019; the Industry, 27.38 per cent; while the contribution of the service sector to GDP in 2019 accounted for 49.73 per cent of the total GDP. These sectors were responsible for 34.7 per cent, 12.2 per cent, and 53.1 per cent of the total employment in Nigeria.

• What these numbers mean for Nigeria’s SMEs: 49%, 76%, 85% and 90%
There are interesting numbers and features that indicate the significance of SMEs in the economy of Nigeria: they contribute about 49.78 per cent of national GDP, 76.5 per cent (or 59.6 million persons) of the national workforce, 85 per cent of industrial employment, 90 per cent of enterprises in the manufacturing sector, 7.64 per cent of export receipts, 4,471,235 MSMEs (or 11 percent) of the total count are offered salaried employment and they are distributed by clusters within regions.

• Businesses in Nigeria lost over 10 million workers in 2 years
According to the latest unemployment rates, Nigeria’s social crisis is festering and may get out of hand if serious actions are not urgently taken to reverse the trend. In Q2 2020, the nation’s unemployment rate soared to 27.1 per cent (80.3 million individuals) compared to 90.47 million individuals in Q3 2018 at a 23.1 per cent employment rate. This figure showed that within the last 21 months, 10.17 million people have been lost to businesses.

• Nigeria ranks 131 out of 190 countries in doing business
According to the World Bank’s 2020 Doing Business (DB) Report, Nigeria ranks 131 out of 190 countries on the Doing Business Index to have a 56.9 DB score. This represents a 3.5 percentage points positive change (or 15 ranks up) from the 146th position in the 2019 Report. Nigeria appears as one of the top 10 countries with the most notable improvements, for the second time, during the review period, with Togo being the only other African country. Out of the 12 indicators, Nigeria improved significantly in 6 indicators: from starting a business to getting a location among others.

• Potential in Nigeria’s logistics sub-sector
According to the International Finance Corporation (IFC) digitalising Nigeria’s logistics sub-sector could generate as much as 400, 000 jobs. For instance, Kobo360, a digital platform that is reinventing how goods are moved in Nigeria, in some way has succeeded in reshaping Nigeria’s haulage industry. And if the entire Nigerian economy is digitalised, the country could take a bigger bite of the global digital economy which is estimated at $11.5 trillion.

• Businesses cash-based transactions are between N500 thousand and N3 million daily
Less than a decade ago, the Central Bank of Nigeria introduced a cash-less policy in Nigeria where an individual was not expected to execute cash-based transactions more than N500,000 a day and N3 million for corporate bodies. The policy which was aimed at reducing (not eliminating) the amount of physical cash (coins and notes) circulating in the economy, and encouraging more electronic-based transactions (payments for goods, services, transfers, etc.) led to a faster access to capital, reduced revenue leakage, and reduced cash handling costs.

• An upsurge in material and non-material items due to inflation
The inflation rate in Nigeria rose to 14.89 per cent in November 2020 from 14.23 per cent in October. The effect of this was seen in the prices of goods and services (food and non-food items) which surged across the country in 2020, impacting businesses. As a result, the purchasing power of consumers saw a steady declined throughout 2020.

• Huge turn around in Lagos transport sector
Road and Air Transport sub-sectors grew at an average of 7.5 per cent in the last five years. A case study is Nigeria’s economic engine and one of the largest cities on the continent, Lagos, which focused on capacity building in its transport sector when in 2008 introduced Africa’s first Bus Rapid Transport (BRT) service. Its success attracted the attention of the World Bank and the French Development Agency which supported the second phase of the expansion with $325 million in 2009. Now, about 60 million commuters use BRT yearly. At an average bus fare of N300 per commuter, the sector makes not less than N18 billion yearly.

• Insight from the states and federal government’s debt management processes
Nigeria has been on a borrowing binge as a report by the Debt Management Office (DMO) shows that Nigeria’s public debt has soared to more than N30 trillion as of June 2020. Debt service to revenue ratio as of 2019 stood at about 60 per cent and was as up by 99 per cent in the first quarter (Q1) of 2020. More than one-fifth of the 2021 budget of N13.05 trillion would be spent servicing debt. The question then is: How sustainable is our debt?