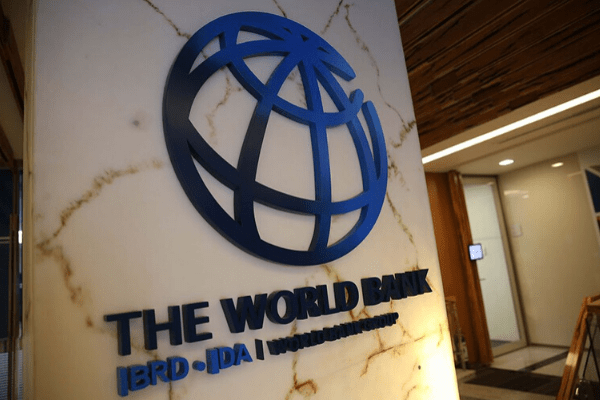 To improve Nigeria’s economy and lift its extremely poor population, Africa’s largest economy would need to make the most of its demographic dividend, the World Bank has said.

While explaining the importance of a country’s demographic information, Abdul Azad, senior economist, World Bank said Nigeria can capitalise its young working population for the much needed breakthrough.

“Nigeria can benefit quite a lot from its demographic dividend. For example, 54 percent of male and 51 percent of the female are below the age of 20 years old,” Azad said on Channels TV Business Morning programme monitored on Monday.

According to him, Nigeria’s “young working age people can be capitalised to be a productive member of the society and contribute to the GDP,” as this would help to reduce “inequality and poverty rate.”

The World Bank’s senior economist also cited countries in Asia and Southeast Asia where the demographic dividend was being capitalised to create a productive workforce that can improve the economy and attract investments.

While economists have established the fact that Nigeria’s population and resources are vast, its challenges loom equally large.

The maiden report which was focused on the poverty and inequality rate in Africa‘s most populous nation revealed that the average household size in Nigeria was 5.06 persons per family: in rural areas the size is higher – 5.42 individuals versus 4.50 in urban areas.

“We can look at the average household size in the country when we talk about demographic structure. This means that they will be more pressure on available resources available to that household and can eventually take that household out of poverty,” Yemi Adeniran, director, Real Sector & Households Statistics, NBS said, confirming the fact that Nigeria has a huge youth population that can be engaged productivity to produce wealth for the nation.

Since 2017 when oil-dependent Nigeria emerged from its economic recession, not only has the country’s economic growth been sluggish but only a few sectors triggered the expansion, further undermining the country’s capacity to create enough jobs to meet the growing number of labour market entrants.

But, with the expected GDP contraction in 2020 amid the impact of the Covid-19 pandemic, analysts see no relief in sight for the country whose revenue stream has been affected by both coronavirus and low crude price.

From recording the highest GDP growth since 2016 recession at 2.55 percent in Q4 2019 Nigeria’s GDP declined to 1.87 percent in the first quarter of 2020, a reflection of the earliest effect of global disruptions caused by Covid-19 pandemic and the crash in oil price.

Nigeria’s real GDP is now projected by the NBS to contract by 4.2 percent in 2020, as against the previously projected growth of 2.93 percent.

On how Nigeria can capitalize its youth and keep the additional population from falling into extreme poverty, the World Bank in its latest economic analysis for Africa’s top crude exporter said increasing productivity will be vital to support robust growth and job creation.

The report also recommends areas where reforms can contribute to economic growth and expand the job market, such as in trade, education and the digital economy

“Nigeria could enable millions of citizens to escape poverty over the next decade through enacting bold reforms designed to boost economic productivity, according to the latest economic analysis,” the World Bank said.

While acknowledging the fact that Nigeria’s ability to successfully transform; land, labour, capital and other inputs into goods and services is low compared to peer countries the report warned that without robust productivity growth, the living standards in the country will continue to deteriorate, and the number of people living in poverty will continue to rise, increasing by more than 30 million by 2030.

“Nigeria’s population is expected to grow by as much as 35 million in the next decade, and unless the pace of growth and job creation accelerates, the country will account for a quarter of all people living in extreme poverty worldwide,” Marco Hernandez, World Bank Lead Economist for Nigeria, and co-author of the report said, adding that creating new opportunities for the rapidly increasing labour force will require a new economic model based on productivity growth.