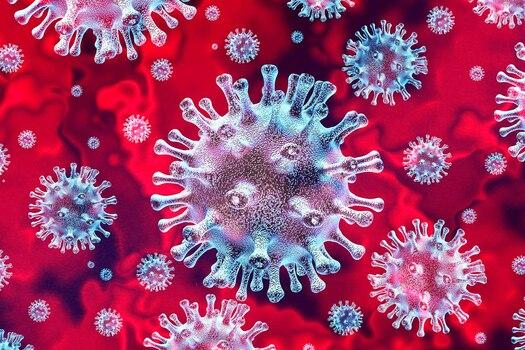 Early one evening, Folasade Fadare and her team of four disease hunters piled into a van and headed for Okegun, a rural community down a narrow potholed road in eastern Lagos state.

According to a report by Reuters, a coronavirus patient had visited the area, and it was their task to find anyone exposed, isolate them and trace their contacts. The team quickly realised the job was too big: more than 100 people needed to be interviewed and tested.

Ultimately, only the two sickest people, feverish and gasping for air, were sent to hospital to be isolated and tested. The rest were told what symptoms to watch for and urged to stay home for two weeks.

“We are not enough,” said Fadare, an epidemiologist who has battled Ebola and Lassa fever for more than 20 years.

Contact tracers like Fadare are among the few safeguards standing between Africa’s fragile public health systems and a pandemic that could quickly overwhelm them. Infections are rising, but many governments have been easing lockdowns to save their economies.

In Nigeria, medics who do tracing say they are near breaking point.

Confirmed cases of COVID-19 have increased tenfold to over 32,000 since the government began easing restrictions in May, the Nigeria Centre for Disease Control (NCDC) says. At least 740 have died.

The state’s health commissioner, Akin Abayomi, dismissed concerns about the scale of its tracing efforts.

“We recruit contact tracers as necessary. We have a large pool of primary health care staff and volunteers to select from,” he said in a text message, adding there were 1,000 people in the pool.

Nigeria’s experience with infectious diseases meant it could quickly mobilize veteran epidemiologists like Fadare along with hundreds of medics and community volunteers already embedded in remote communities to fight polio.

But nothing prepared them for this epidemic, Fadare said. More than 12,400 cases have been confirmed in Lagos state alone – any one potentially infecting scores of others, she said. Members of her team say they are overwhelmed, receiving updates about infected people as late as midnight.

Unlike South Korea and Singapore, which used contact tracing apps, Nigeria has had to resort to more labour-intensive methods. Only a quarter of the population uses smartphones.

A team of medics is tasked to visit each contact to verify symptoms, identify contacts and ask them to stay at home for 14 days. The team then checks in with the person each day by phone, to monitor compliance. If the person reports symptoms, they will be referred to another team for testing.

However, the stigma associated with COVID-19 means many are keen to avoid tracers, Fadare said. People commonly turn off their phones, deny their identity and lie about when they last saw coronavirus patients.

Such fears can be justified. In Abuja, one man’s neighbours moved out after he was tested. Others suspected of being infected have been told to leave, said Ramatu Abdu-Aguye, head of tracing in the capital.

So the teams keep a low profile, using unmarked vans to visit homes.

Nigeria’s low testing rates are making the tracers’ job harder, they say. Just over 183,000 tests have been conducted in a country of 200 million, according to the NCDC. A government target announced in April was for 2 million tests by the end of July.

Adding to the challenges, 10 tracers working for Fadare contracted COVID-19 and had to take up to three weeks off.

As lockdowns ease, many Nigerians are moving around and ignoring safety measures.

Traffic jams have returned to Lagos, increasing the time it takes tracers to reach contacts, many of whom are already hard to find because their homes have no formal address.

Outside the Lagos clinic where Fadare’s teams meet, life goes on as normal. Men sit around on plastic chairs, women sell instant noodles, and yellow minibuses weave through the streets. Nobody keeps their distance, and those who wear masks pull them down to speak.

Fadare fears they don’t realise the danger: “The truth is that we are all at risk now.”