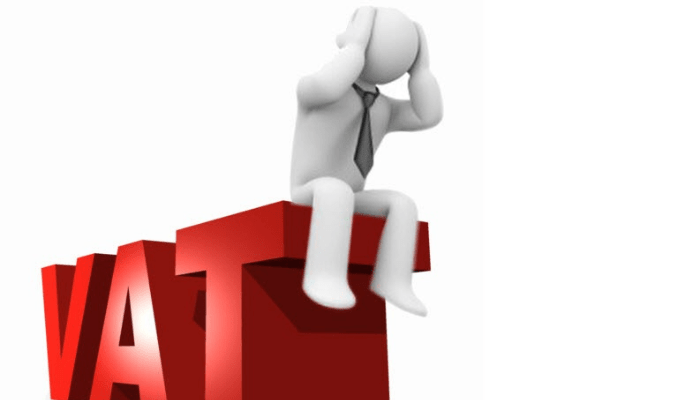 Film is arguably America’s greatest export. Hollywood, as the American film Industry is popularly referred to, is the reason why a young lad growing up in 90s in Lagos believed that the American Police would appear in seconds once someone dialed 911. Many Nigerians probably interacted with brands like Kentucky Fried Chicken via Hollywood before the outlets started popping up in the Country in the 2000s.

Every year, Hollywood earns billions of dollars in revenue. However, a better statistic for the export value of the industry is that of the $41.7billion dollars earned in 2018, just $11.9billion (29percent) was generated within America. An even better statistic is that the highest grossing film of all time in Nigerian cinemas is Black Panther – a Hollywood film.

But this article is not about the export value of Hollywood, but about its steadily growing counterpart, the Nigerian Film Industry – popularly called Nollywood. There are no specific claims as to who coined or conceptualized the name Nollywood. However, it is reported that it first appeared in an article by Matt Steinglass on “Film: When There’s Too Much of a Not-very-good thing” published in the New York Times in 2002, and is suggested to be a generic merger of the words “Hollywood” and “Nigeria”.

Away from the history and description of the term Nollywood, is that the Nigerian movie industry has become a force to reckon with in West African Culture. In the article, “Nigerian Film Industry” by Dr. Gloria Emeagwali, it was reported that Nollywood movies dominate television screens across the African continent and by extension, the diaspora. In 2015, it was reported that the Nigerian movie industry was recognized as the second biggest film producer in the world behind Bollywood of India. It was further reported that Nollywood was worth $5billon, with an expected worth of $5.3billion as at 2018.

But these numbers have been difficult to back with definitive public data. In-fact before 2018, Cinema practitioners did not officially disclose Box Office revenues for films released in Nigerian cinemas. However, since the advent of the Cinema Exhibitors Association of Nigeria (CEAN)’S weekly Box Office information, released in collaboration with renowned measurement and analytics company Comscore, film practitioners, investors and other stakeholders in the Nigerian Film Industry can now track the performance of a subset of Nollywood – films released to cinemas.

So, what are the numbers saying?

Before I delve directly into what the numbers are reporting for the period between 4 January 2019– 29 December 2019, it is important to share some background as to the business of releasing a film in Nigerian cinemas. There are three major parties involved in the release of a Nollywood film to cinemas. The Producer – This is most times the owner of the intellectual property and brain behind a film project. In Nigeria, a large percentage of filmmakers are independent producers who source investment to create their films. In simple terms, the producer generally sources and spends the money required to make the film.

The Exhibitors – For the purpose of cinematic release, the exhibitors are the cinema chains established across Nigeria. They are the sellers of the completed film product and deal directly with the consumers. In this relationship, the exhibitors sell the tickets and are the ones who collect the proceeds for the films released in cinemas.

How does the relationship then work financially? – In a regular Nollywood film project, the exhibitors collect the sales proceeds from the film, remove appropriate taxes, then take their cut of the proceeds for screening the film – Note that there are multiple exhibitors, and this will be done by all of them.

Lastly, the balance is for the producer – who hopes that there is enough to cover production costs to be able to return investor funds at a profit.

Now back to the numbers! Between 4 January 2019– 29 December 2019, an analysis of the Box Office information released by CEAN shows that a total of about 293 films screened in Nigerian cinemas during the period, generating over N6.1billion.

Of that amount, N4.6billion (about 75percent) was earned by 154 foreign films from Hollywood, Bollywood,

Britain and other African countries. The remaining 139 Nollywood films earned the balance of N1.5billion. This shows an underperformance by Nollywood titles where 47percent of the total films released during the period earned only 25percent of the revenues.

Based on the numbers, over 77percent of the Nollywood titles during the period earned less than N10million in gross revenues with about 30.1percent earning even less than N1million. How does that play into the revenue split for Film Producers?

As previously mentioned, exhibitors sell the tickets to watch the films and collect the gross revenues. Before 1 February 2020, when the implementation of the new Value Added Tax (VAT) rate of 7.5percent kicked-in, the general profit-sharing ratio was:

Therefore, 77percent of the Nollywood producers during the period earned less than N3.15million with about 30.1percent earning even less than N320,000. This doesn’t reflect well for the recovery of production costs and profitability.

Now that VAT is 7.5percent?

With the new VAT rate of 7.5percent, film producers in Nigeria are going to need their films to gross more at the Box Office to break even on production costs. Specifically, because the new rate will erode producer’s margins as depicted in the revised sharing ratio below:

It is therefore important that filmmakers, the Government, and relevant stakeholders in Nollywood play a more active role in the business of the Nigerian Film Industry. The industry is plagued with a lot of challenges which include but are not limited to; understanding and enforcement of intellectual property laws, poor distribution channels / limited digital distribution, absence of a comprehensive and enforceable regulatory framework, inadequate financing and limited government fiscal incentives. Will the new VAT rate further increase these challenges?

It’s time for filmmakers and other practitioners in Nollywood to take advantage of any and every incentive available to them, to enable them to maintain their viability in the quest to grow Nollywood. There have been various outliers when it comes to Nollywood titles earning large Box Office revenues, with reports indicating that two films have made over N400million, one within the N300million range, four within the N200million range and five between N150million and N200million. But these are the exceptions, and Nollywood needs more films to generate better revenues at the cinema. Simply, the industry is not sustainable with only two Nollywood films having earned over N126million for their Producers from the cinemas, one more above N94.5million, another four above N63million and five more above N47million.

Interestingly, just as the Finance Act, 2019 increases the VAT rate by 50percent, it also provides specific incentives for small and medium companies in Nigeria. These include:

a. Exemption from the obligation to charge or remit value added tax (VAT) or file monthly VAT returns on its revenue.

a. Reduced CIT rate of 20percent

Unfortunately, film producers may be unable to escape the charge of VAT on the sales of tickets for their films. This is because the producers do not sell directly to customers, but through exhibitors whose revenues exceed the N25million threshold and consequently must charge VAT. However, they may be able to enjoy the other incentives listed above.

In addition, motion picture, video and television programme production, distribution and exhibition is a pioneer sector in Nigeria. Thus, filmmakers involved in the creation of digital movies, animations, videos, television programmes, commercials, online distribution and exhibition can potentially obtain the Pioneer Status Incentive and enjoy a tax holiday on their profits for three (3) to five (5) years.

I guess the elephant in the room is, ‘are the filmmakers ready to regularize their financial records, set-up the appropriate business structures , register for taxes with the FIRS, maintain proper records, and file other appropriate returns to enjoy the above incentives?’ The enjoyment of every available incentive is even more important to filmmakers producing films for Cinema release, considering the COVID-19 pandemic and its potential impact on revenues for the foreseeable future.

More filmmakers need to ensure that they set-up proper business structures to position themselves for bigger scale investment opportunities and arrangements especially as multinational players such as Netflix stamp their footprint in the Nigerian market. The sustainability of Nollywood is dependent on a balance of creativity and business. Otherwise, the Nigerian film landscape will continue to operate below its potential.

To enjoy the CIT exemption for small companies, practitioners in Nollywood, whether filmmakers, costumers, lighting experts, sound technicians etc. would need to register and operate limited liability companies. This is because unincorporated entities e.g. individuals, sole-proprietorships, partnerships, are liable to tax under the Personal Income Tax Act which does not confer the same exemption.