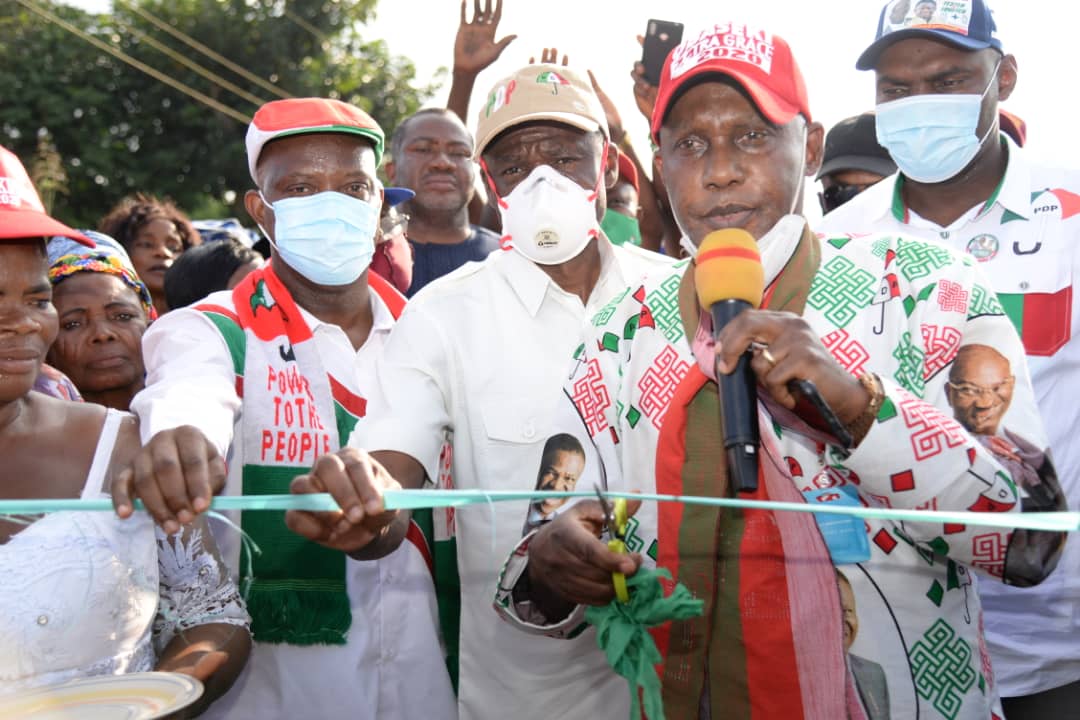 The Edo State governor and Peoples Democratic Party (PDP) gubernatorial candidate in the forthcoming election in the state, Godwin Obaseki, has commissioned the Idumogo-Uzebu-Iduomon link road and Ekekhen Township Road in Igueben Local Government Area (LGA) of the state, as part of efforts by the administration to boost socio-economic activities and improve livelihood of residents in the area.

The governor commissioned the projects as part of his ward-to-ward reelection campaign activities in Igueben LGA.

While commissioning the roads on behalf of the governor, Clifford Ordia, a senator, praised Governor Obaseki for the projects, which he said will open up the rural areas to more development.

“The governor has done well for the people of the state in terms of infrastructural development across the 18 LGAs,” Ordia said.

Speaking on behalf of the Idumogo Community, Amos Uwadia said they are extremely proud of the achievements of the Obaseki-led administration.

“We assure you, Governor Obaseki, that we all have our Permanent Voter Cards (PVCs) and with it, we will vote massively for the PDP and ensure we re-elect you on September 19, 2020,” he said.

Representative of the Ekekhen Community and president, Ekekhen Community Development Association, Timothy Uwagboe, expressed appreciation to the governor for the commissioning of the road, saying it was the first time a governor had visited the area.

“We appeal to you to extend the same gesture to Ukpo Quarters and Okumagba Road, popularly known as the Town Planning roads. As regards the September 19, 2020 gubernatorial election, the community has unanimously decided to vote for you and for your party, the PDP,” he added.

Philip Shaibu, deputy governor and running mate to Obaseki in the coming election, thanked the people for appreciating the governor for his developmental strides, adding that the Obaseki-led government will not relent in pursuing infrastructural projects to open up rural communities.