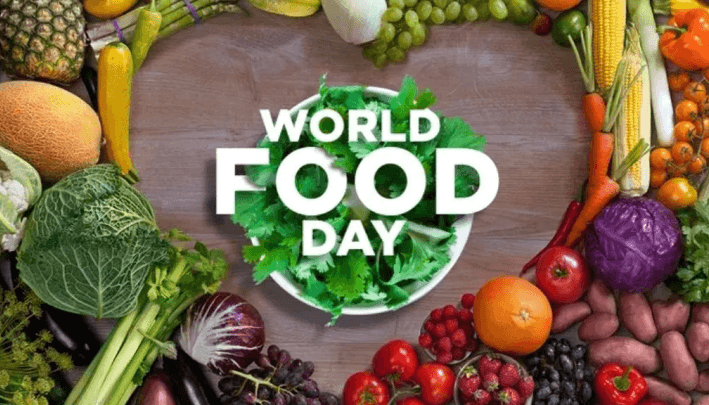 The world food day is celebrated across the globe today, amidst a global crisis that started as a health crisis, but soon evolving to become an economic and even food crisis.

As noted by the Food and Agriculture Organization of the United Nations (FAO), the COVID-19 pandemic has become a global scourge exposing the fragility of agri-food systems. It threatens to push millions more into hunger; has made many to rekindle their appreciation for food security: what some take for granted and many go without; but has also provided an opportunity to transform an agri-food system that is out of balance.

With the theme “Grow, nourish, sustain. Together. Our actions are our future”, World Food Day 2020 calls for more resilient and robust agri-food systems, and for global solidarity – both vital for recovery from this crisis, and for building back better.

In Nigeria, 86.4 million people in face moderate or severe food insecurity according to this year’s State of Food Security and Nutrition in the World, an annual flagship report jointly prepared by FAO, IFAD, UNICEF and WFP.

It also states that 36.8 percent of children under the age of five are experiencing stunted growth and 49.8 percent of women of reproductive age have anaemia.

The pandemic severely impacted agricultural productivity in Nigeria (and invariably food security), with farmers lamenting in the weeks movement was restricted, as it coincided in some places with harvest and in others planting season. While some said they lost parts of harvests, others could not commence the planting season according to schedule. Input movements across the country were also hampered, meaning even those in rural communities that could perhaps still get to farms had no seeds, fertilisers or other inputs to use; even day old chicks for poultry farmers.

However, Kabir Ibrahim, national president, All Farmers Association of Nigeria (AFAN) told Agribusiness Insight “Nigerian farmers are poised to optimize their productivity to make Nigeria food sufficient in response to the President’s continued support for Agriculture but still ask for better security, good seeds, other inputs as well as access to credit in a sustainable manner.”

He further stated, “To finally and definitely impact the food system and to rapidly attain Food Security AFAN advises the government to reappraise the FMARD and also appoint a Special Adviser on Food Security.”

This year’s world food day is also coinciding with the 75th anniversary of FAO, and is expected to be an opportunity to thank Food Heroes – farmers and workers throughout the food supply chain – who, no matter the circumstances, continue to provide food to their communities and beyond.

“What we now need is smart, systemic action to get the food to those who need it and improve it for those who have it. Action to prevent crops from rotting in the field, for lack of efficient supply chains,” said Qu Dongyu, FAO Director-General. “Action to enhance the use of digital tools and artificial intelligence, so as to predict threats to harvest, automatically trigger crop insurance and cut climate risk. Action to rescue biodiversity from relentless erosion. Action to turn cities into the farms of tomorrow.”

He also advocates action by governments to implement policies that make healthy diets more accessible. Action by agencies like FAO to turn to think-tanks and action-tanks rolled into one, linking up with the research community and the private sector to unleash the power of innovation.”