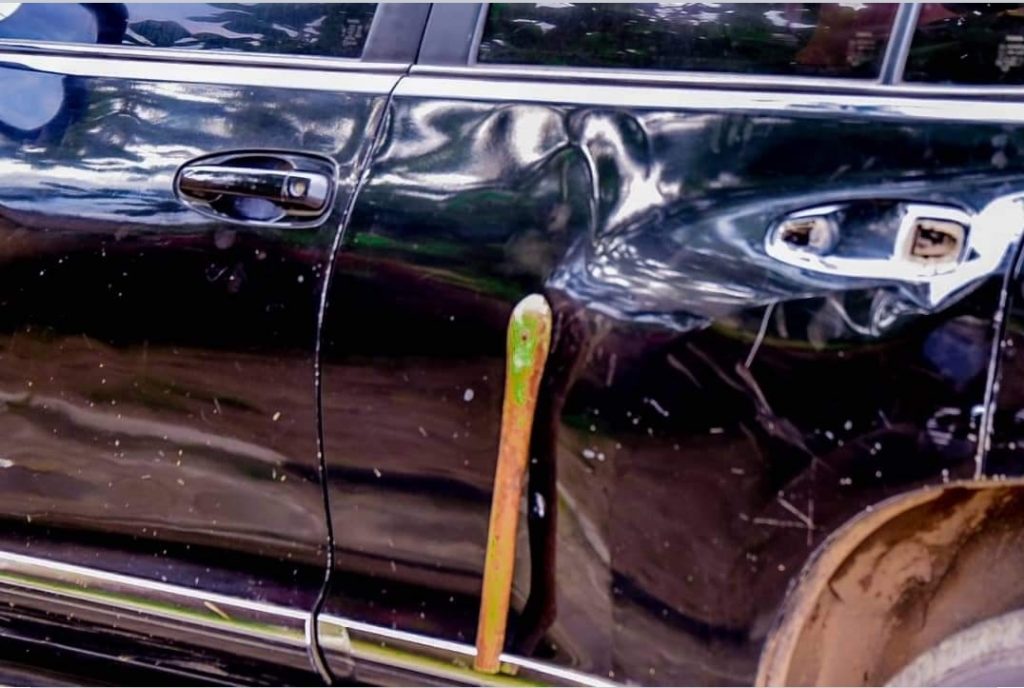 Governor Gboyega Oyetola of Osun, on Saturday, joined the protest against the activities of the disbanded Special Anti-Robbery Squad (SARS) in the state.

The otherwise peaceful protest, held from Oke-Fia to the popular Olaiya junction in Osogbo, however, turned violent when some hoodlums attacked the convoy of the convoy.

While the governor, who had joined the protesters, was rounding off his speech, some hoodlums, wielding dangerous weapons, attacked his convoy and damaged several government vehicles.

The News Agency of Nigeria (NAN) reports that the hoodlums also injured many of the protesters.

The governor was, however, immediately ferried away from the scene, while those who sustained injuries were taken to a nearby hospital for medical attention.

The governor, while addressing the protesters before the attack, said that the youth had spoken loud and clear, adding that the government would continue to protect their interest.

Oyetola, who apologised to the protesters for coming late to address them, said he had been away from the state and only came back shortly.

He said: “I want to tender my unreserved apologies to the youths for my inability to address you before now. This is simply because I was out of the state,” he said.

The governor, who commended the protesting youths for displaying the ‘Omoluabi’ ethos for which the state was known by comporting themselves in a peaceful manner, said he was in support of the protest against police brutality and human rights abuse.

“The excesses of the SARS personnel are too much and they have to be checkmated. So I agree with you and we understand your plights”, Oyetola said.

He, however, dismissed the rumours making the rounds that he was the one who sent the hoodlums to attack the protesters, saying there was no way he could have done such.