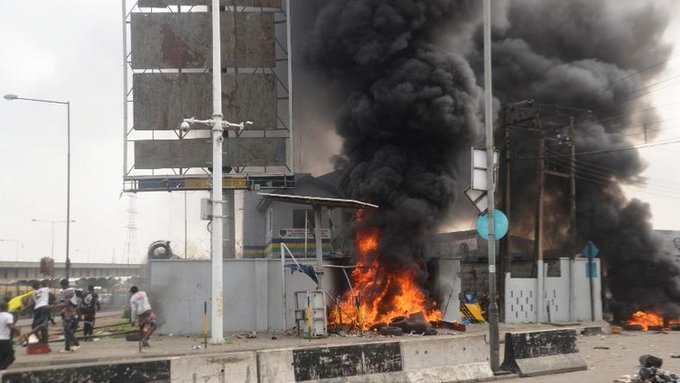 A chieftain of the All Progressives Congress (APC) in Akwa Ibom State and former aide to ex-governor Godswill Akpabio has dumped his party that he has supported staunchly citing the massacre of unarmed protesters by soldiers in Lagos.

“I hereby withdraw forthwith my membership from the All Progressives Congress, he stated.

According to reports by the media, at least 40 persons were gunned down by soldiers in an attempt to disperse the protesters who have been on the streets demanding an end to police brutality and good governance.

“I hereby withdraw forthwith my membership from the All Progressives Congress, he stated.

Writing on his social media handle, Ita Benedict who was an aspirant to the state house of assembly in the last general election said it “troubling to watch blood-filled sights of innocent, harmless citizens being felled by the very bullets that were meant to protect our territorial integrity against external aggression.”

According to him, “It is sad, painful and hugely burdening for me not to speak out against this act of insensitivity and tactlessness against already deprived citizens who merely exercised their constitutionally guaranteed rights to peaceful expression of long held frustration, pain, anguish, agony and suffering.

” It is all the more heart wrenching to see our national flag, the symbol of our sovereignty being soiled by the blood of those whom the state refers to as leaders of tomorrow.

” While I condemn in the strongest of terms every form of criminality by the protesters, I dare state without equivocation that what is happening in these times is against the run of play of my conscience and convictions.

“On the strength of the foregoing, I hereby withdraw forthwith my membership from the All Progressives Congress.”