Vanguard gathered that the fire outbreak which started from a shop dealing in mattresses has escalated and spread to other closely adjoining shops.

The Director-General, Lagos State Emergency Management Agency, Dr Olufemi Oke-Osanyintolu, confirmed the incident to Vanguard saying the joint responders by the Agency, Nigeria Police, Lagos State Fire Service and other stakeholders worked together to curtail the inferno from escalating to more adjoining buildings. 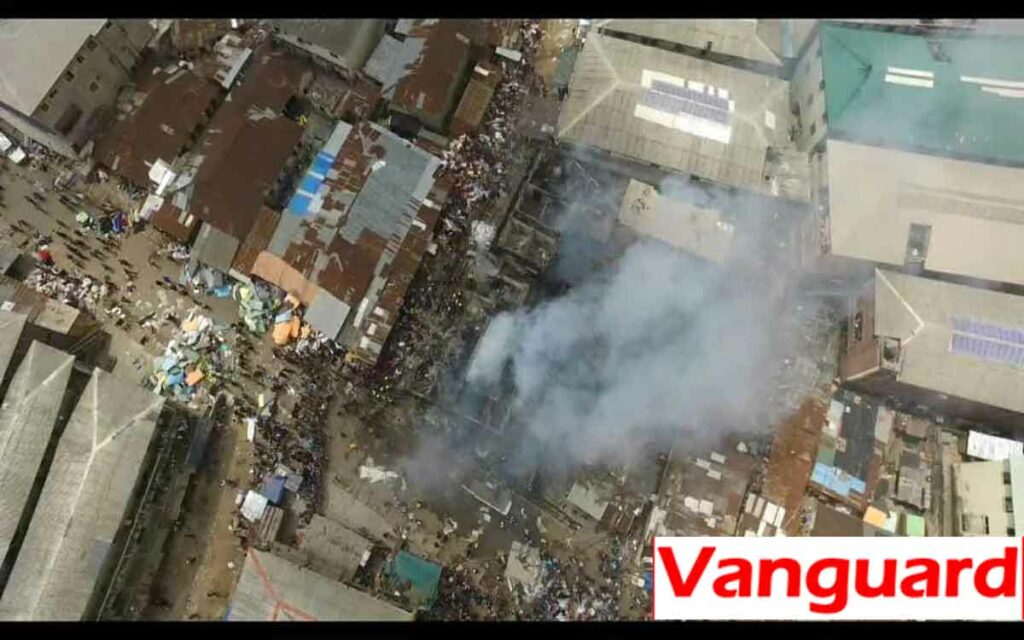 It could not be ascertained if lives were lost to the incident but he said the crowd at the scene prevent smooth rescue operation.

According to him, “There have been severe operational challenges due to mammoth crowd which has failed to comply with authorities and maintain appropriate distance for responders to work freely.

“Also, the closely located buildings have proven to be a challenge for curtailing the spread of the fire. The spread has been stopped and the operation is ongoing to fully extinguish the flames and determine the root cause”.