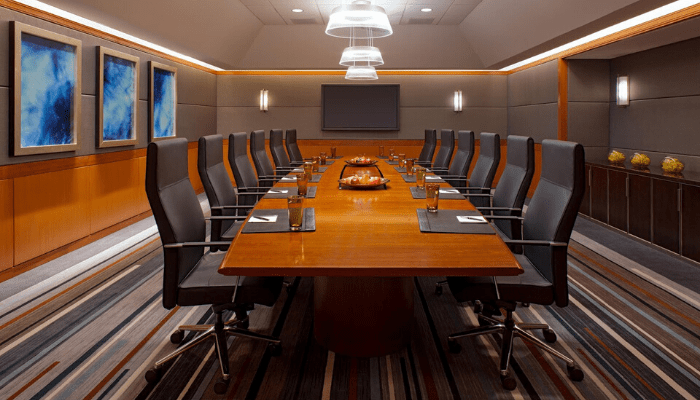 Just like Francis Fukuyama’s premature victory lap over the triumph of western liberal democracy and neoliberalism in his book The End of History and the Last Man, Nigeria’s private sector leaders in 2014 also assumed prematurely that Nigeria’s liberalisation reforms and march towards a private sector-led economy had taken firm roots and was irreversible. The privatisation and liberalisation reforms of the Obasanjo administration had positioned the private sector to be the main driver of the economy.

After a brief interregnum of the Yar’Adua years, the private sector roared back to live, dictating the tune of the economy and things were looking rosy for the country: the economy grew at a healthy seven percent on average, private and foreign investment poured into the country, the oil and gas share of the GDP declined from a high of 48.9 percent in 1999 to a mere 6.4 percent in 2015, and the reforms gave rise to a burgeoning middle class that is critical and necessary for the sustenance of a market economy and democracy.

What was more, even the government itself realised that it did not have the resources to close the huge infrastructure gap in the country and bring it up to the international benchmark for infrastructure stock and required huge foreign investment/private sector participation. This much was affirmed in the Buhari administration’s Economic Recovery and Growth Plan (ERGP), which prescribed spending $3 trillion over the next 30 years, most of which was to come from the private sector.

However, Buhari’s real aim was to reverse the trend and restore the supremacy of the state in economic affairs. Mr Buhari has never hidden his dislike for the private sector despite the marvellous job done by his campaign handlers to hide that fact during the campaigns and his selling a dummy to the politically naive private sector leaders and even the international community at the Chatham House. With hindsight, it appears he came to power with a vengeance to reverse what he may have likely considered as the mortgaging of Nigeria’s patrimony to private and selfish individuals by the previous administration.

Since 2003 when he began his quest for public office, he has always voiced his opposition to the surrendering of the “commanding heights of the economy” to the private sector and specifically, the privatisation of the largely inefficient and wasteful State Owned Enterprises that became established conduits for the siphoning of public revenues. This can be seen in how the president talks about the privatised SOEs in nostalgic tones and never fails to excoriate past administrations for mortgaging Nigeria’s common patrimony to private and selfish individuals.

And he’s done everything since then to claw back control of the economy from the private sector. This much was confirmed by a former member of the Central Bank’s Monetary Policy Committee (MPC) and now the Chair of Buhari’s Economic Advisory Council (EAC), Doyin Salami. Blowing the whistle at the meeting of the MPC of the CBN in July 2017, Mr Salami expressed “concern over the increasing fiscal deficit … and crowding out effect of high government borrowing”. In plain language, the terribly complaint CBN has been illegally printing money to fund the government.

However, according to Salami, the “massive injections of cash” to the government doesn’t reflect in higher inflation and currency weakness at the time because the CBN through “special auctions” raised the cash reserve requirements for banks beyond the stipulated 22.5 percent thus skilfully crowding out the private sector. “We thus find ourselves at a point where government borrowing from the CBN is neutralised by raising the CRR of banks, thereby limiting private-sector access to credit”, said Salami who later lamented that “Monetary policy management is presently about funding the federal government.”

Sadly, the crowding out effect has continued unabated. Although the official CRR ratio in Nigeria is now 27.5 percent, the actual CRR rate is between 58 to 60 percent. The CBN currently holds as much as N10.3 trillion in CRR out of a total naira deposits N17 trillion. Coincidentally, the N10.3 trillion the CBN is illegally holding is also about the size of the federal government’s budget. But that is not all. Aside from having the world’s highest CRR, the CBN equally directs banks to maintain a loan to deposit ratio of 65 percent.

In simple language, it means for every N100 held in interest-free deposit with the CBN, the banks must lend N65. Coupled with a regulatory requirement for the banks to maintain a 30 percent liquidity ratio, BusinessDay’s Lolade Akinmurele described the rule as “mathematically impossible”. Yet banks are being punished constantly for failure to meet those rules that no longer add up.

Any wonder then that the economy has tanked, foreign and local investments have dried up, borrowings have skyrocketed (total debt stock as at December 2019 stood at N27. 4 trillion), unemployment and inflation are on rampage and Nigeria continues to languish at the bottom of the world poverty index.

Yet, despite these, the appetite for killing off businesses has not waned. The government has made more than four attempts since coming to power to reintroduce the thoroughly discredited Decree No 4 of 1984 that prohibited journalists from reporting anything that could embarrass the regime, even if it were true. When those efforts weren’t successful, the government is now attempting to achieve the same purpose through an innocuous amendment of the existing broadcasting code whose whole purpose, as aptly described by David Hundeyin is to “destroy Nigeria’s free press and slow its market-led economic growth”.

This was about the same mistake Nigeria’s civil society and pro-democracy advocates made in 1999. Bloodied by the brutal fight against military dictatorship but garnering huge social capital at the time, these heroes largely refrained from participating in the transition to democratic rule in 1999 on the mistaken belief that the military was insincere.

Sadly, as they have now discovered, Nigeria’s political space has been taken over by convicted criminals such as Ibori and self-described jobless people like Rotimi Amaechi, and it is proving difficult, if not outrightly impossible to dislodge them. Sadly, as they are now discovering, Nigeria’s liberalisation reforms are not irreversible and unless there is a concerted effort to rescue the country from these advocates of a dead ideology, Nigeria will continue travelling down an escalator that is going up.